DALLAS - People were forced out of their apartments by an intense fire in northeast Dallas overnight.

A total of 24 units were damaged or destroyed just before 1 a.m. Thursday at the Wood Meadow Apartments on Woodmeadow Parkway.

Firefighters attacked it aggressively and managed to stop the fire before it spread further.

One resident said she grabbed her 7-year-old son and her dog, got out and then knocked on neighbors’ doors to alert them. 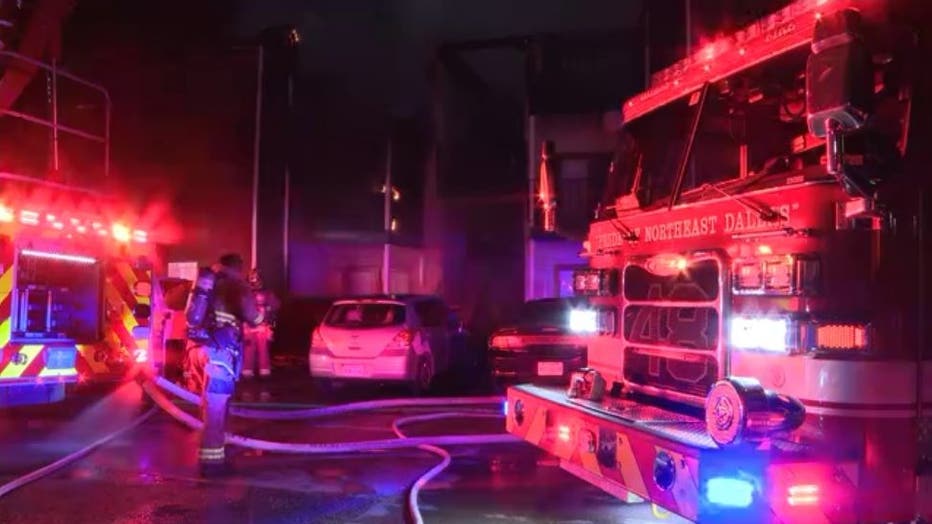 "Once I grabbed by son, I ran outside and I started beating on everyone’s apartments," said Shanethea Richardson. "Once I got on the first floor, I seen the fire on my balcony then it shot out my front door."

A preliminary investigation showed the fire began in a third-floor unit but it’s not clear how.

One person suffered minor burns and one firefighter was treated at the scene for heat exhaustion.