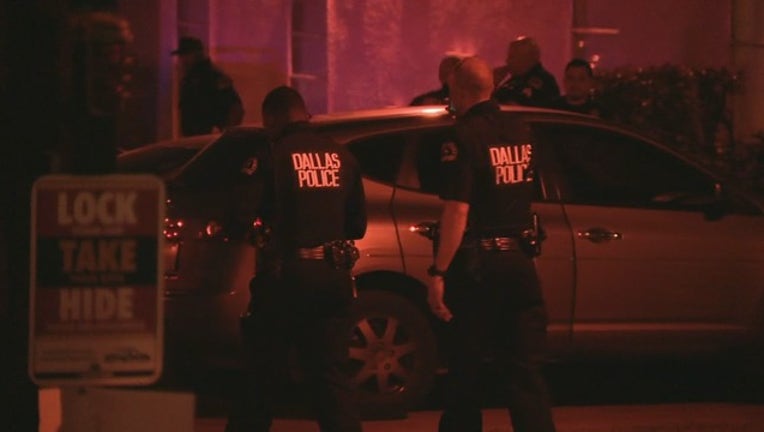 No arrests have been made after a Dallas 14-year-old boy was shot and killed on Wednesday in broad daylight. Police say several people were there when the shooting happened.

Police say the boy, who hasn't been named, was found with a single gunshot wound. He was rushed to Methodist Dallas Medical Center where he died.

Hours after the shooting around 8 p.m., police were called back to the scene because of a break-in. It's unclear if the two incidents are connected.

Witnesses tell police the shooting happened in front of a crowd.

Dallas PD is urging anyone with info to call Det. Tabor with the Dallas Police Department Homicide Unit at (214) 671-3605 or brian.tabor@dallascityhall.com.

Crime Stoppers is offering up to a $5,000 reward for info that leads to the arrest.