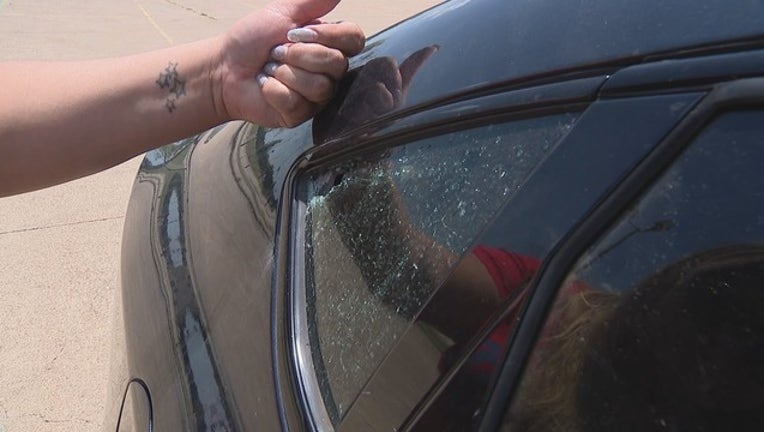 A woman tells FOX 4 that she and her family were shocked to find a bullet lodged in their car after a Saturday night out in the Deep Ellum neighborhood of Dallas.

Ashley Cook says she and her family heard the gunfire and feared for their lives. Several witnesses reported hearing multiple gunshots. Surveillance video nearby shows people running from the area, but Dallas PD was not able to confirm a shooting at that location.

“You don't know where the bullets are coming from,” she said. “We don't know.”

Cook was with her daughter and two cousins to see her brother's band play in Deep Ellum. They parked in a lot off of Malcolm X between Main and Elm and were walking back to the car when they heard the gunfire.

“And I was telling them drop wherever you are. Just fall,” she recalled. “We don't know where they're coming from. It sounds like it's just right in front of us.”

The group took cover in between some buildings then a nearby bar for about a half hour until they felt safe to come out. It wasn't until the next morning that they noticed a shattered back window. Cook pulled out what appears to be bullet fragments out of the window frame.

Dallas PD says they had a heavy call load in Deep Ellum Saturday. They made two DWI arrests, two public intoxication arrests, one evading arrest and one arrest for harassment of a public servant. They also responded to several fights and three medical incidents believed to be K2-related. They said there was a large fight in the vicinity where the surveillance video was recorded but had no indication of any shots fired.

As for Cook, she says after this experience they won't be going back to Deep Ellum at night.

“That's not fair that people's life, in general, doesn't matter to y'all,” she said.

Police announced last week they would start seriously enforcing the curfew ordinance for minors to help curb crime. While officers stopped some suspected minors, they were found to be of-age and issued no citations.