Nearly 50 residents and more than 20 staff members at the Denton State Supported Living Center have been infected with the novel virus. Concern continues to grow over the rapid spread there.

DENTON, Texas - Of the 191 total COVID-19 cases in Denton County, about 70 of them are at a supported living center for people with disabilities.

Nearly 50 residents and more than 20 staff members at the Denton State Supported Living Center have been infected with the novel virus. Concern continues to grow over the rapid spread there.

One of the people at the facility is 31-year-old Sarah Danks, who lives with a severe form of autism. Her father, Mike Danks, is the president of the center’s family association. He says given the types of mental disabilities of many of the 400 residents, he’s not surprised the outbreak there has spread so quickly.

“They don’t understand social distancing,” Mike said. “They’re real big on hugs and handshakes. That’s the way they convey to each other.”

As of Monday evening, more than 70 people have tested positive. There are roughly 400 residents there and about 1,000 staff members.

Sarah was tested on Saturday. Mike is anxiously awaiting his daughter’s results.

“Our daughter Sarah, she’s a trooper,” Mike said. “And if anybody can beat this, if she gets it, she will.” 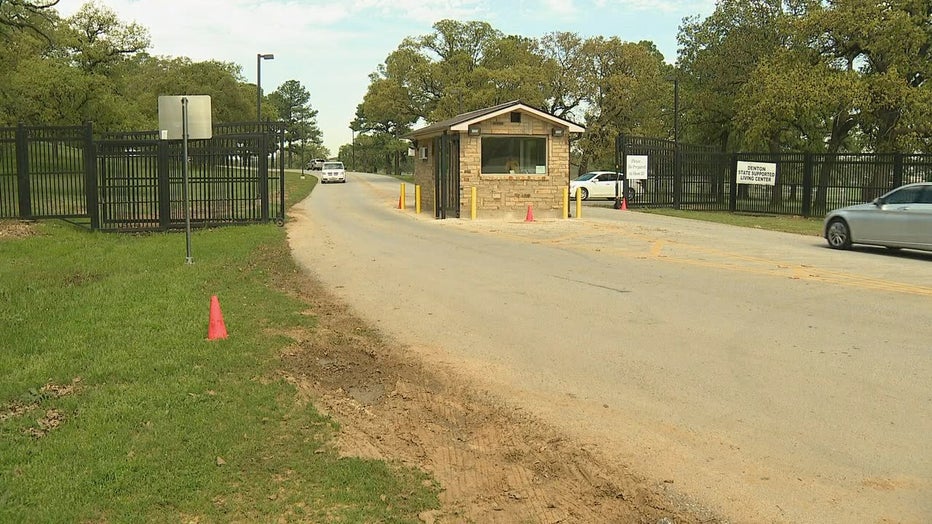 Last week, Denton County Public Health Director Matt Richardson confirmed that at least 250 people at the center had been tested. He expected that number to grow.

"They are a fairly isolated situation in their environment. And so we don’t believe it started there,” Richardson said. “We do believe the community brought it in."

Mike says he’s pleased with the state’s addition of on-site EMTs. And for the most part, his fellow families have been understanding about the need to remain separated from their loved ones.

“They’re doing the absolute thing that they can for my child,” he said.

Mike tries to connect with Sarah by delivering her favorite shrimp and olive pizza to the facility once a week. But what’s not so easy is explaining the outbreak to her every time she asks when mom and dad are coming to visit.

“We tell her, ‘We just can’t sweetheart. There are too many sick people out here. You could get sick and we need you to pray for the people that are sick that they get better,’” Mike said. “Her response immediately is ‘Dear God, please make everybody better. Amen.’”