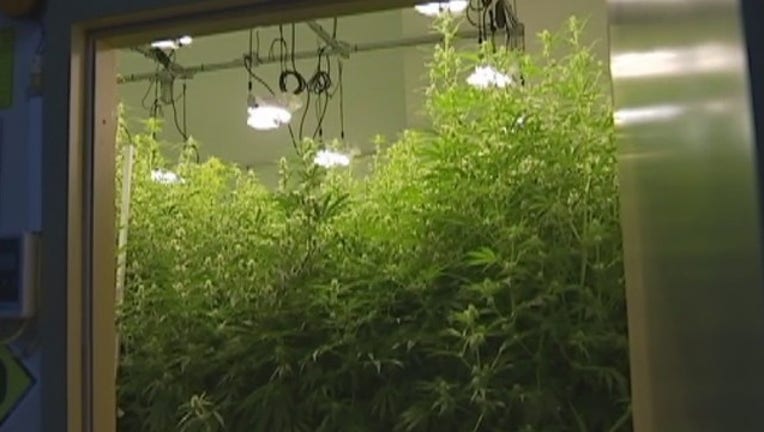 AUSTIN,Texas (FOX 7 Austin) - The future of medical marijuana in Texas could be decided during the upcoming legislative session.

Currently, the Texas Compassionate Use Act only allows people with intractable epilepsy to legally use medical cannabis, and even then there are stipulations attached to that. The law only allows oil high in CBD and low in the psychoactive ingredient THC.

Compassionate Cultivation sold their first bottle of CBD oil to a patient in February of this year. 10 months later they are serving more than 400 people with intractable epilepsy.

“Low THC cannabis is defined as what we can work with and that's what's been proven to have been most effective for epileptic patients,” said Taylor Kirk, vice president of operations at Compassionate Cultivation.

With a new year, comes new goals for the three companies allowed to legally produce medical cannabis for a very limited number of patients.

“I think it's time that the legislature, the State of Texas, open this up to allow for other deserving people to get access to this life changing medicine,” Denton said.

With Texas now surrounded by states with medical marijuana programs, 2019 could be the year marijuana advocates have been waiting for.

During the second gubernatorial debate, Governor Greg Abbott said he is concerned about the potential for abuse, but "...had conversations with veterans as well as parents of autistic children and others, who make a very strong, compelling case about legalization of medical marijuana."

“It's limited to one condition, intractable epilepsy, right now and we see that there are cancer patients, pain patients, a lot of veterans with PTSD, as well as other Texans with PTSD, people who have muscle spasticity issues, a lot of those people are really desperate to have another form of medicine to try,” said Jax Finkel, executive director of Texas NORML.

There have already been 12 bills pre-filed for the upcoming session regarding marijuana laws in the Lone Star State. Senate Bill 90 and House Bill 209 would allow the medical marijuana program to include other conditions including PTSD, autism, cancer, HIV, and more, with a prescription from a medical provider.

“Along with the research, we've seen the science, we've seen that demonstrates this medicine can have an equal impact on a variety of other conditions. I think it's time,” Denton said.

Compassionate Cultivation employees said they will be ready if or when that happens.

“We'd be able to immediately start serving other patients once allowed,” said Kirk.

There are also a few bills that have been pre-filed that would reduce penalties for people found in possession of small amounts of marijuana. That is something the governor has said he would consider.