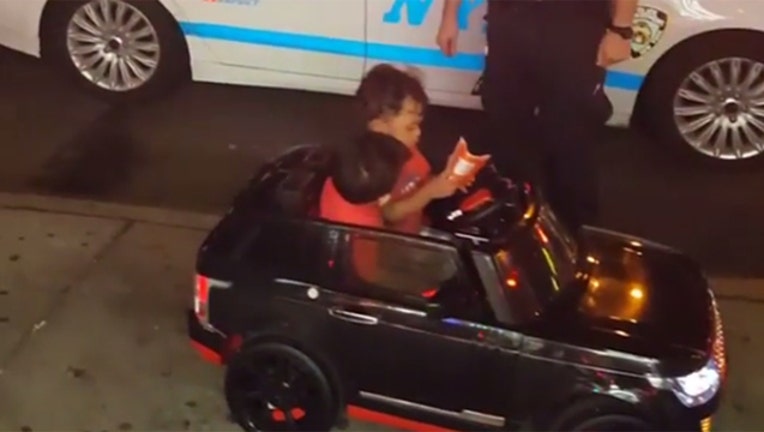 Twin toddlers out for an apparent joy ride in the Washington Heights section of New York City were 'stopped' by two NYPD officers. Photo credit: @pair_up_

NEW YORK (FOX5NY) - Twin toddlers out for an apparent joy ride Sunday in the Washington Heights neighborhood of Manhattan were stopped by two NYPD officers.

The brothers were behind the wheel of a large toy car on the sidewalk when the officers got out of their patrol car and approached the boys with a summons in hand.

According to the NYPD, the boys were "issued a warning."

"As everyone in NYC knows driving on the sidewalk is strictly prohibited, but these two little guys got off with a warning (plus a high five and two new friends)!" reads the caption on video posted by the NYPD to Facebook.