A developer is proposing a two-story mixed-use development in the place of a historic church. Residents say the church built in 1948 adds to the charm of Old Town Coppell. The developer says he doesn't want to demolish the church. Instead, he is proposing to move it.

COPPELL, Texas - Some Coppell residents are hoping to save a historic church in the city's historic district.

A developer is proposing a two-story mixed-use development in its place.

Residents say the church built in 1948 adds to the charm of Old Town Coppell.

The developer says he doesn't want to demolish the church. Instead, he is proposing to move it.

Business owners in Old Town Coppell are fighting to stop a developer from putting a two-story mixed-use project where the former Coppell Baptist Church now sits. 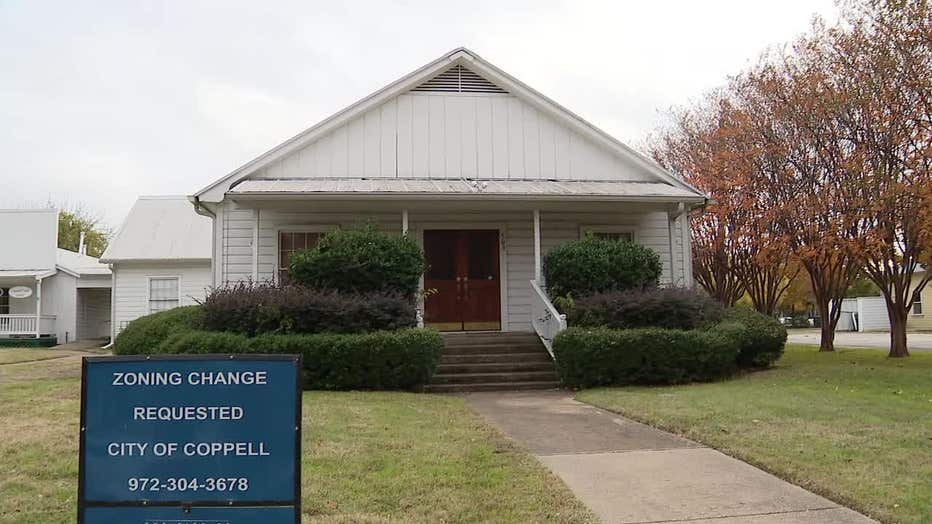 According to the city's staff report, the church was built in 1948 and replaced a previous structure from 1896. An education building was added in 1953.

The church is described as a minimalist traditional structure with a gabled roof and front porch. A city survey calls it "architecturally and historically significant."

Developer Chris Collins, a realtor and owner of Hawk Eye Capital, says he doesn't want to demolish the church but rather move it to Grapevine Springs Park next to the senior center.

"It's never been my intent to demolish these buildings. If there is not a possible way to move them, there are some structural concerns," he said. "We had the intention of repurposing some of materials, ceiling fans, doors, windows."

Collins is proposing six new buildings along Main Street and Bethel Road. Five of them would be mixed-use home and business space starting at $900,000.

"The purpose of Hawk Eye is to create business ownership, not business tenants," he said. "Being a real estate agent, I wouldn't tell a couple to get married and rent an apartment for 20 years. We know the value of home ownership. We want to do the same for businesses."

Rory Carrick organized a petition against the proposal. It now has more than 1,300 signatures. He says moving the church would still change the character of Old Town. 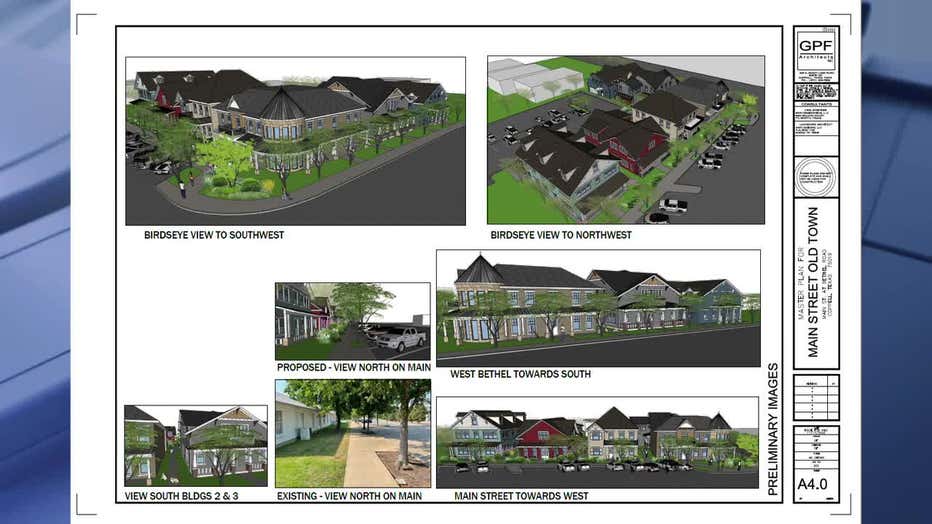 "If we put up two sets of huge multi-use buildings, we lose the charm," he said. "The shops that are here will start to look out of place. We will need to call it ‘New Town’ because it's really not Old Town anymore.

The Coppell Planning and Zoning Commission has recommended approval of the rezoning and development, but the city council will have the ultimate say.

The city council will consider the proposal at its meeting on Dec. 13 7:30 pm. The city says the public is encouraged to attend, and people will have an opportunity to speak.