Dozens of people gathered in oak cliff Thursday to oppose plans to use taxpayer money to help open a luxury food store.

DALLAS - Dozens of people gathered in oak cliff Thursday to oppose plans to use taxpayer money to help open a luxury food store.

Royal Blue Grocery already has locations in Downtown Dallas and Highland Park. It wants to open another store in the Bishop Arts neighborhood.

The Dallas City Council is set to vote on a grant to help it out. But people who showed up to a community meeting Thursday say grant money should go to smaller businesses that may need it more. 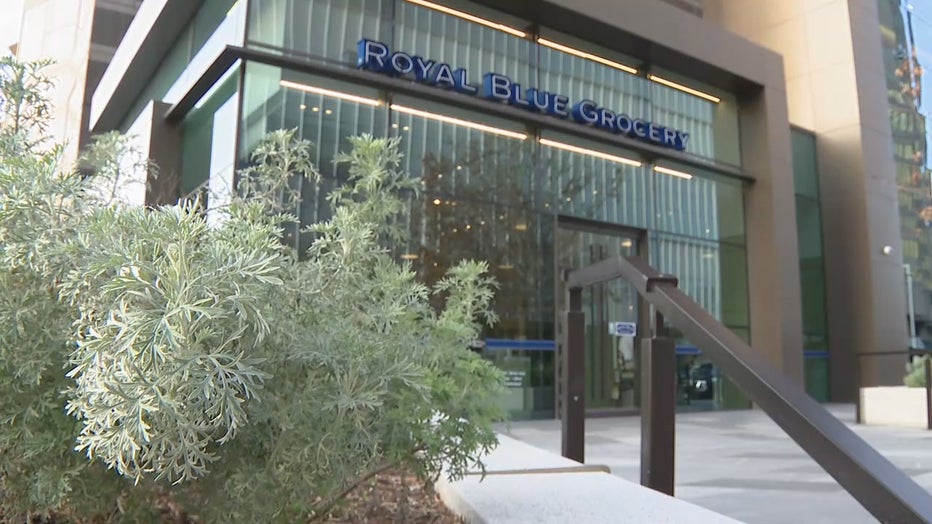 The city says the high-end grocery store could bring roughly 30 jobs to the neighborhood.

There was a packed house at the chamber of commerce in North Oak Cliff Thursday. Many are fine with the actual store, but they don’t want hundreds of thousands of tax dollars to pay for it.

Brian Velazquez says he barely recognizes the North Oak Cliff neighborhood he’s always called home.  He owns Scorpion Motors. Now, there’s a polarizing debate about what’s planned across the street and who may help pay for it.

Royal Blue is already using the North Oak Cliff building to supply its stores, but the owners also want a store there.

“We’re going to have something for everybody,” said Royal Blue Grocery Owner Zac Porter.

Many people in the standing-room-only crowd at the Oak Cliff Chamber of Commerce Thursday evening are upset the city might give hundreds of thousands in grant money to help the business. 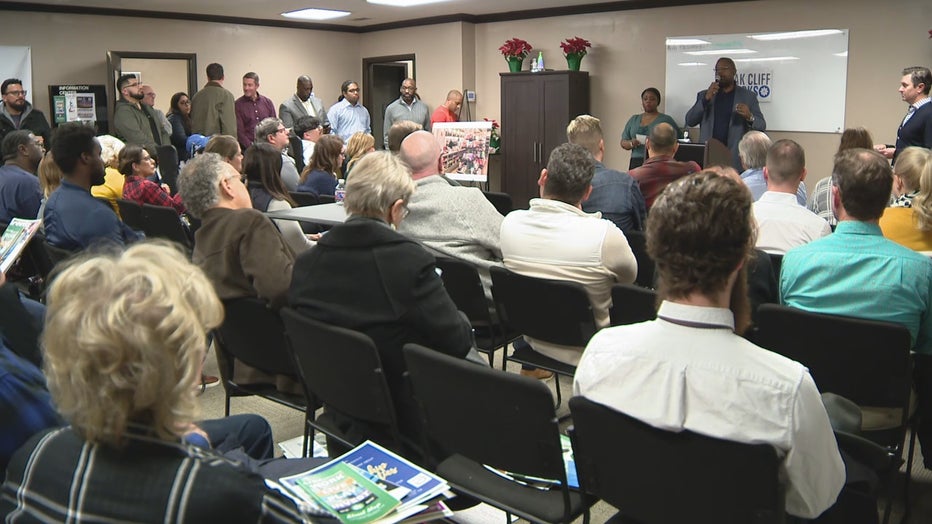 An incentive package to be voted on next month would provide $350,000 tax dollars in a low-interest loan for two existing locations and a $350,000 grant to the North Oak Cliff location.

“One of the campaign promises I made was that I would bring more jobs to Oak Cliff,” said Dallas City Councilman Chad West. “I don’t have a lot of available land here for big warehouses and distribution centers to come where I can bring jobs.”

But some feel the high-end store won’t meet the needs of some low-income families.

“The majority of the community won’t be able to shop there,” said resident Giovanni Valderas. “So I think if we give over $700,000 in economic development dollars, it should benefit the whole community instead of a small demographic.”

The city’s office of economic development team believes the grant will pay off in the long run. But while some are fine with the store, some don’t like the process.

“You could’ve given it to a whole bunch of different stores and make them boom it. Grow it,” Velazquez. “It could change everything.”

The Dallas City Council is expected to vote on this on Jan. 8.