Collin County is the latest to draft official support for the Second Amendment.

Collin County is the latest to draft official support for the Second Amendment.

County Judge Chris Hill says it's in response to what he calls an “attack on the liberties of law-abiding citizens.”

Approved unanimously, the resolution doesn't change how the county conducts business. Commissioners resolved that they would continue to uphold the constitution.

More than a dozen counties across Texas, including several in North Texas, have recently passed resolutions in support of the Second Amendment.

Most have designated the county a ‘Second Amendment sanctuary county.’

Collin County followed suit on Monday with a unanimous vote from the commissioner’s court as the most populous, suburban county to pass the resolution.

The resolution also doesn’t change the way in which Collin County operates. The word “sanctuary” isn’t even on the document. Mostly, it reaffirms the oath commissioners have taken to support and protect the constitution. 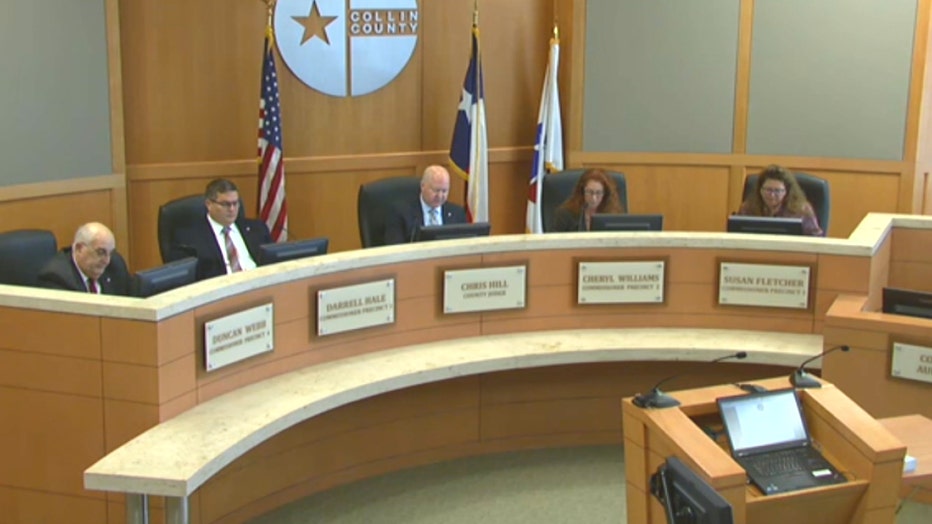 Hill posted to Facebook over the weekend, “Liberal Democrats like Beto O’Rourke have responded to mass shootings with a misguided crusade to disarm (all) lawful citizens because of the horrendous actions of (a few) …This is wrong, and it is foolhardy.”

“It disappoints us to see the commissioners court wasting time pandering to a bunch of Second Amendment extremists,” he said. “They refuse to do things like most of the people in America want, like common sense background checks, closing the gun show loophole, banning high capacity magazines… things that would actually make our citizens safer.”

Hill does say he believes felons and people who have been deemed mentally ill by the proper authority should not have guns and left it at that.