Work crews have been making repairs along I-35 E near Crosby Road in Carrollton where the freeway buckled Tuesday night, causing a number of accidents.

TxDOT plans to close all but one of the northbound lanes at 9 p.m. Wednesday to take a closer look at the damage. The plan is to then reopen at 6 a.m. Thursday in time for rush-hour traffic.

Carrollton police say they work a fair number of crashes along I-35. But what they found Tuesday night surprised them.

The first Carrollton police officer who stopped to help two other crashed vehicles on Tuesday was also hit. His squad car was damaged but no one was seriously injured.

Carrollton Police Spokeswoman Jolene DeVito says once police assessed the situation they found the source of the trouble in the middle of I-35.

“The middle lane was significantly higher in the far left lane,” she said. “And upon inspection, the roadway surface separated. The left lane had sunk.”

TxDOT is now working to repair the stretch of northbound I-35 from Crosby Road to Valwood Parkway.

The buckled roadway caused big backups on Wednesday morning with the northbound side narrowed to a single lane as TxDOT crews worked on grinding down the surface and removing the buckled asphalt.

“I don’t know that we’ve ever seen this where the road, it looks like there’s a curb right in the middle of the highway between the middle and left lanes,” DeVito said.

Carrollton police say they have seen other significant potholes along I-35 recently.

“It does illustrate how dangerous the job is that these officers do on a daily basis,” DeVito said.

TxDOT says it’s unclear what caused this portion to buckle.

The stretch of highway is part of phase one of the I-35 Express project that unofficially opened last November. It’s a 5.5-mile stretch that runs from 635 to the Bush Turnpike. 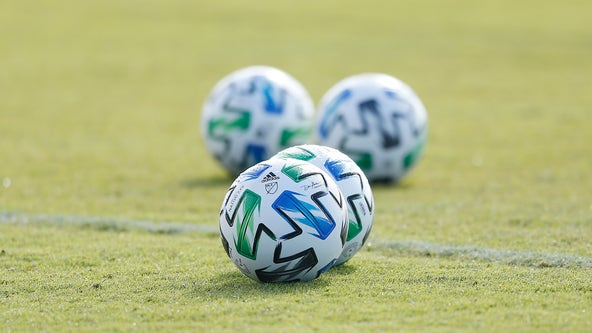