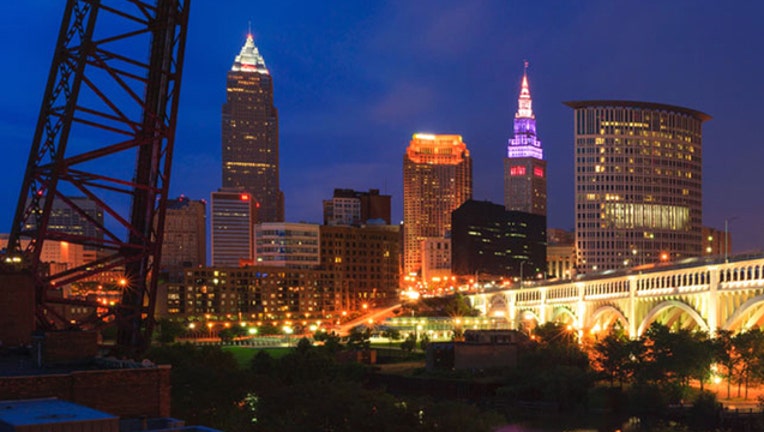 CLEVELAND (AP) — The relaxation of rules on protest marches during the upcoming Republican National Convention and the shrinking of a designated event zone downtown are an "important victory" for free speech rights, a civil rights group said Wednesday.

A federal judge said last week the city's regulations for the four-day convention, which starts July 18, were unconstitutional and ordered city attorneys to negotiate new rules with the American Civil Liberties Union of Ohio. The ACLU had sued the city on behalf of two groups planning protests and rallies the first day of the convention and a homeless advocacy organization.

The amended rules announced Wednesday extend a designated parade route for protest marches, shrink the event zone where the rules would be enforced by roughly half and allow people who live within the zone, including the homeless, to carry banned items including bottles and cans.

The ACLU said the agreement prevents the 2016 RNC from being defined by "an unnecessary conflict between freedom and security."

"The new rules ensure that people have meaningful opportunities to express themselves on some of our most important national issues," the ACLU of Ohio's executive director, Christine Link, said in a statement.

A Cleveland spokesman did not respond to a request for comment after the city's Board of Control approved the amended rules Wednesday.

The ACLU represented Citizens For Trump, a group that plans a rally and march to support the presumptive Republican presidential nominee, and Organize Ohio, which is coordinating a rally and march to protest economic inequality in the U.S. The two groups asked the ACLU to sue after the city rejected their applications to hold events and marches that were submitted before the rules had been publicized.

The parade route still crosses a bridge that spans the Cuyahoga River. Groups can now extend their marches by more than five blocks instead of having to end them near a freeway exit. The rules also extend the hours when marches can be held. The ACLU complained in the lawsuit that the times for marches were too early in the day, when convention delegates wouldn't have yet arrived at Quicken Loans Arena.

Ralph King, a local organizer for Citizens For Trump, remained unhappy despite the new rules and an accommodation by the city. Cleveland has agreed to provide a location for a rally on July 18 but is requiring the group to submit a new permit and is "throwing more and more hurdles at us," he said.

"They're doing everything they can, even with their new location, to drag it out," King said. "Typical Cleveland.

The Northeast Ohio Coalition for the Homeless joined the lawsuit because of the list of prohibited items the city included in its rules, including things vital to the lives of the homeless, such as backpacks, sleeping bags, bottles and cans. The lawsuit said about 100 homeless people live within the event zone, including a small encampment near Quicken Loans Arena.

The amended rules allow people to make speeches inside the event zone in locations other than the free speech zone designated by the city. They also allow people to find existing spots to stand above the crowd to speak.