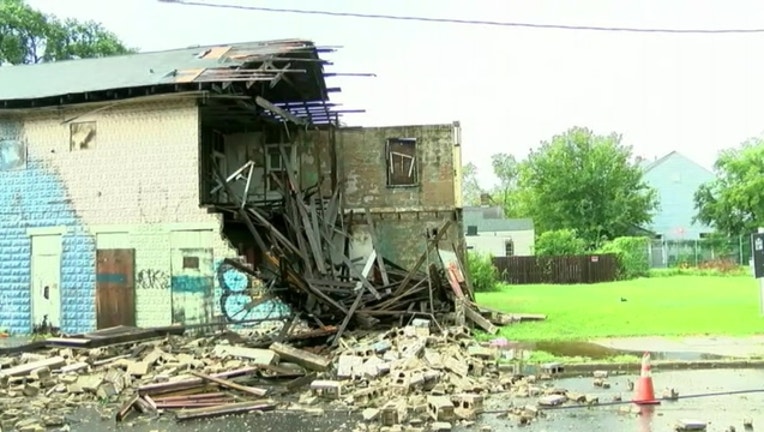 City crews were out early Friday morning removing debris from streets and sidewalks.

Aaron Miller, director of the city's Home Land Security office, said both of the downed buildings had been slated for demolition.

The New Orleans Fire Department said in statement that five houses had some structural damage.