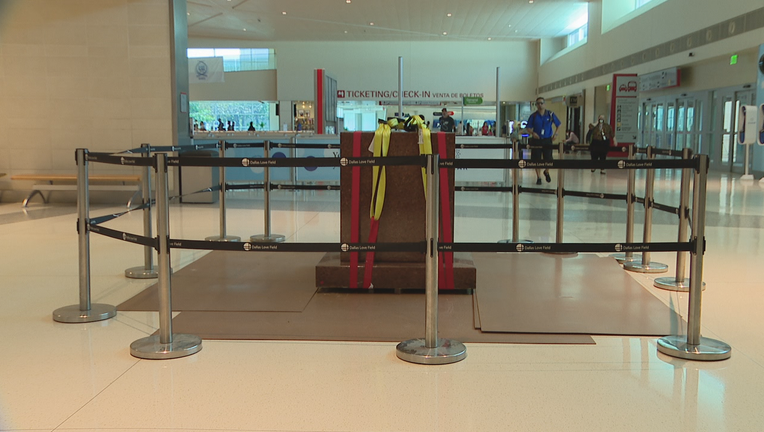 DALLAS - The city of Dallas on Thursday removed the statue of a Texas Ranger in the main hall at Dallas Love Field because of the conduct of the man celebrated by it.

The 12-foot tall bronze statue is of Ranger Capt. Jay Banks and has greeted travelers since the 1960s.

Banks is part of a soon-to-be-released book on the history of the famed law enforcement agency. Part of the book details how banks was involved in trying to stop integration of public schools in North Texas in the late 1950s and how he left a black man to be lynched in 1930.

Excerpts of the book were first published in D Magazine, which is where city officials learned of the history of Banks and other incidents of police brutality involving the Rangers. Those incidents caused concern and led to the statue’s removal on Thursday.

Cult of Glory: The Bold and Brutal History of the Texas Rangers will be available on June 9.

The statue is now in storage and its eventual fate will be up to the city’s Office of Arts and Culture.