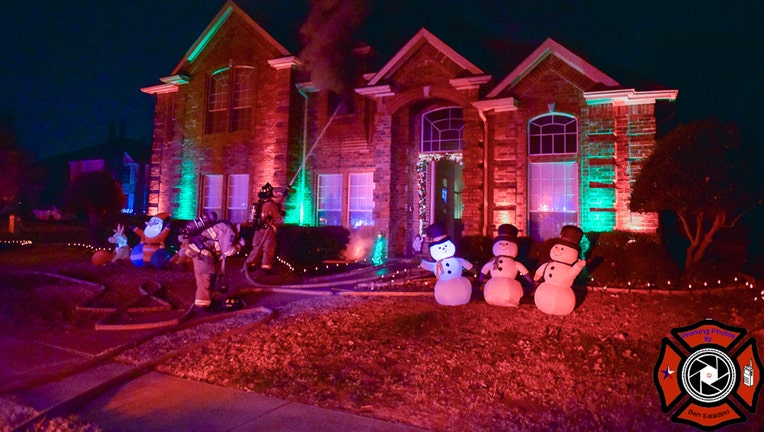 HURST, Texas - Fire crews say that a fire that damaged a Hurst home Christmas night was caused by a charging hoverboard.

Firefighters from Hurst, Colleyville, and North Richland Hills were able to contain the flames to one bedroom, but there was smoke and water damage throughout the home.

No injuries were reported as a result of the fire. The Red Cross is assisting the homeowners.

Investigators found that the fire was caused by a hoverboard that had been charging in the bedroom for most of the day.

Authorities said the hoverboard that caused they fire was bought two years ago.

Fire officials are reminding North Texans to make sure their hoverboards are compliant, and are not the subject of a recall.