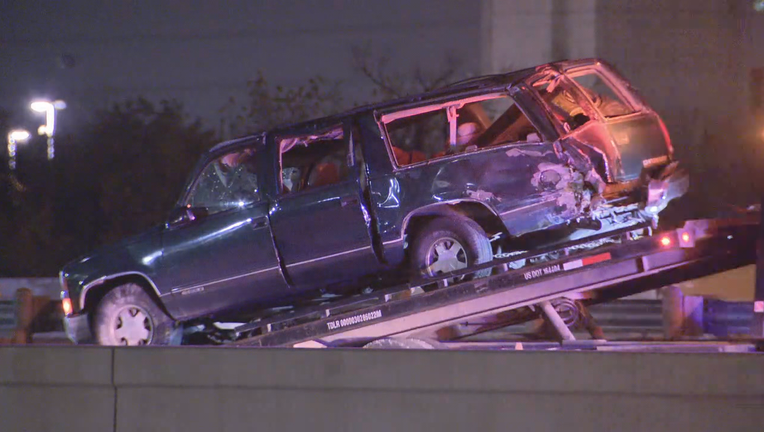 DALLAS - A child died after being ejected from a vehicle in a rollover crash in Northwest Dallas Thanksgiving night.

The wreck happened just before 10 p.m., along I-35E, near Northwest Highway.

An SUV rolled several times, and the child - who police said was not properly restrained - was ejected and pronounced dead.

A man was hurt, but sheriff's deputies said his injures are not life threatening.

Deputies are investigating the cause.