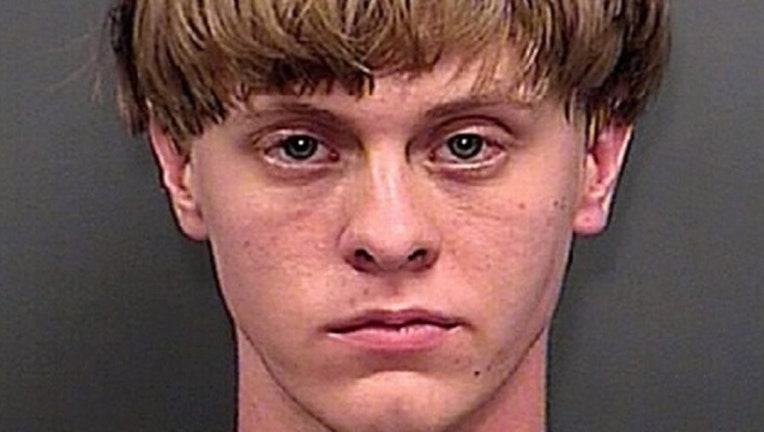 CHARLESTON, S.C. (AP) -- Dylann Roof, the white man charged in the massacre of nine black parishioners at a Charleston church, was slugged Thursday by a black inmate at the South Carolina jail where he is being held, law officials said.

Dwayne Stafford ran down the stairs from his cell after Roof went into the shower around 7:45 a.m. Thursday and hit him, bruising Roof's face and back, according to a police report.

The 22-year-old Roof was examined by jail medical personnel and then returned to his cell, Charleston County Sheriff's Maj. Eric Watson told  The Associated Press

Officials are investigating how Stafford managed to get through a cell door to reach Roof. The two detention officers assigned to the unit are being interviewed. Officials also are looking into the possibility of an electronic malfunction, Cannon said.

This was the jail's first incident with Roof, he said.

Roof has been housed at the Charleston County Detention Center since being brought back from North Carolina a day after the June 17, 2015, slayings of nine parishioners during a Bible study at Emanuel AME Church. Prosecutors have said Roof was trying to make his way to Nashville, Tennessee, after the shootings.

Roof faces the death penalty in upcoming trials in both federal and state courts.

The federal government has charged Roof with hate crimes and other offenses in the shootings. Prosecutors allege Roof talked of starting a race war and posed with the Confederate battle flag before the killings. His federal trial is set for November.

He also faces the death penalty in state court where he is charged with nine counts of murder in a trial set to begin next year.

Defense attorneys have said in both state and federal courts that Roof is willing to plead guilty and serve a life term in prison if prosecutors don't seek the death penalty.

Roof's attorneys in the federal case have asked a judge to declare the federal death penalty unconstitutional which they said would clear the way for Roof to plead guilty.