North Texans are in the giving spirit -- including a Dallas Cowboys legend and a current player who are giving back to deserving students.

DALLAS - A Dallas Cowboys legend teamed up with a current player to make Christmas special for some Dallas ISD students.

Hall of Fame defensive end Charles Haley and lineman DeMarcus Lawrence gave away bicycles as part of the Tackle Tomorrow program, which encourages students to read.

The students who showed improvement in reading received a brand new bicycle. 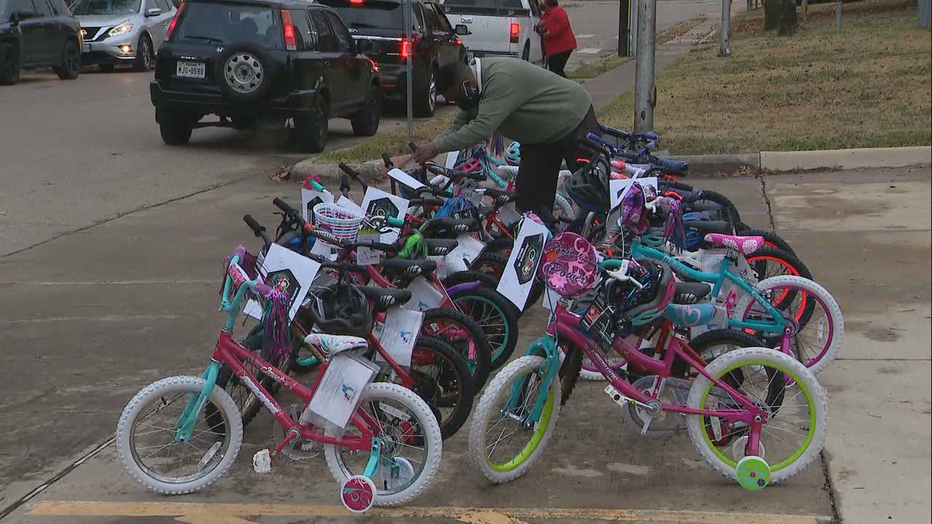 Wednesday’s giveaway was at the Dunbar Learning Center in South Dallas.

“They were reading two, three grade levels behind and most of them now are at grade level. So, you know, they dictate prisons by kids reaching third grade reading way behind. So, we’re making changes here,” Haley said. “It has improved these kids’ lives and reading faster than anything I’ve ever seen.”

Haley heads the program but called Lawrence the true hero.