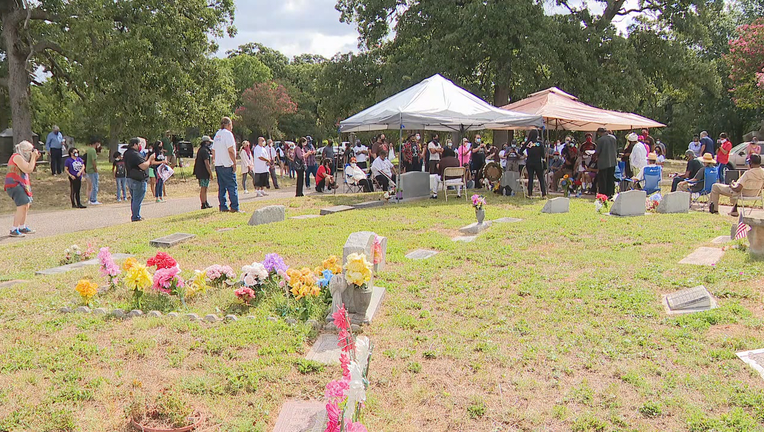 DALLAS - A drive-thru graveside ceremony was held on Saturday to mark 47 years since a Dallas police officer murdered a 12-year-old boy.

The Santos Vive project organized the caravan and ceremony in remembrance of Santos Rodriguez.

On July 24, 1973, Dallas PD Officer Darrell Cain was playing Russian roulette with what he thought was an unloaded gun, attempting to get Rodriguez to confess to a petty theft.

The second trigger pull was a live round and Rodriguez was fatally shot in the head.

Organizers of the event said it was important to discuss the case's relevance to the modern movement for social justice.

“The importance of remembering Santos Rodriguez is knowing that we still have a problem here in Dallas, with not only police brutality, but our rights,” Debra Mendoza said.

Officer Cain was convicted of murder.

He was sentenced to five years, but served two and a half.