Central Market is reopening after being totally rebuilt due to damage from the 2019 tornado that hit North Dallas.

DALLAS - It has been nearly two years since a tornado outbreak leveled homes and businesses in the Preston Hollow area of Dallas.

Now, a neighborhood staple is making a comeback, and several of its neighbors aren’t far behind.

Cameras inside Central Market at Preston Road and Royal Lane captured the moment an EF-3 tornado ripped through October 20, 2019. Staff and about 20 customers were inside at the time.

Nearly two years later after the store was torn down to the steel beams and completely rebuilt, it will reopen once again.

"It’s a really emotional opening for quite a few," said store manager Lily Lin. "But also Central Market has always been embedded in the community, It’s not just a grocery store. It’s also a place where you see familiar faces."

About 60% of the old work crew is returning. Positions added are bringing about 200 jobs. 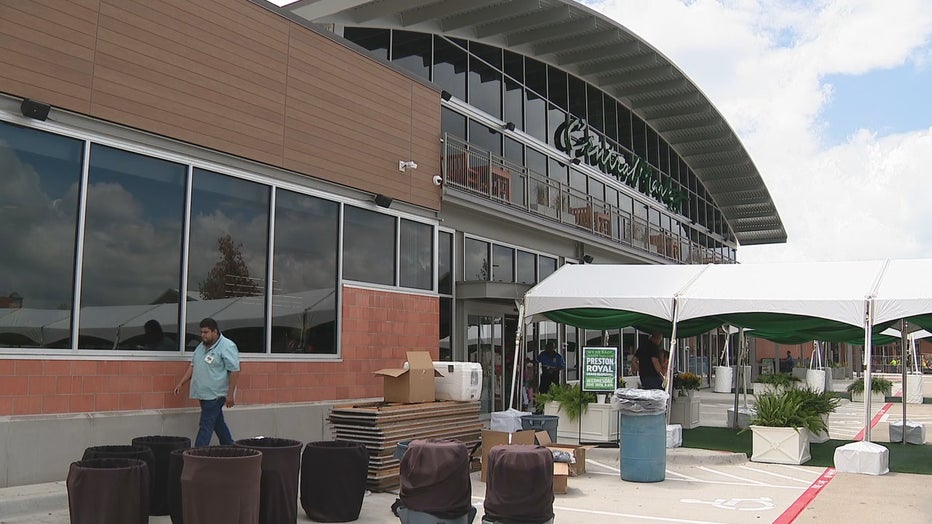 Three women, including one with a toddler, waited out the storm inside a cooler. They were among customers who showed up Monday night for a special screening of a Central Market-produced documentary on the tornado outbreak.

My Family’s Pizza is just a few doors down inside the same complex. The store’s owner, Frank Nuccio, told FOX 4 at the time that the tornado forced the pizzeria to close for the first time since opening in 1962.

He now says he plans to reopen in the same location just in time for football season, naming his new place after his 10-year-old daughter.

Late August, the rest of the shopping strip will be in the hands of merchants to finish out their spaces so they too can re-emerge once again.

Central Market will reopen to the public Tuesday at 8 a.m.