You don’t need the luck of the Irish to take advantage of free movies and shows to keep yourself entertained on St. Patrick’s Day.

From folksy Irish tales to action-packed movies, Tubi has got you covered this year with hundreds of Irish-themed titles.

Parades are not the only event to signal St. Patrick’s Day across the globe. Well-known "greening" traditions in the U.S. include dyeing the Chicago River; lighting New York City’s Empire State Building green, white, and orange; and dyeing the fountain on the North Lawn of the White House green.

So here’s your own free pot of gold filled with movies, documentaries and shows to keep your St. Patty’s Day exciting from the comforts of your own home. 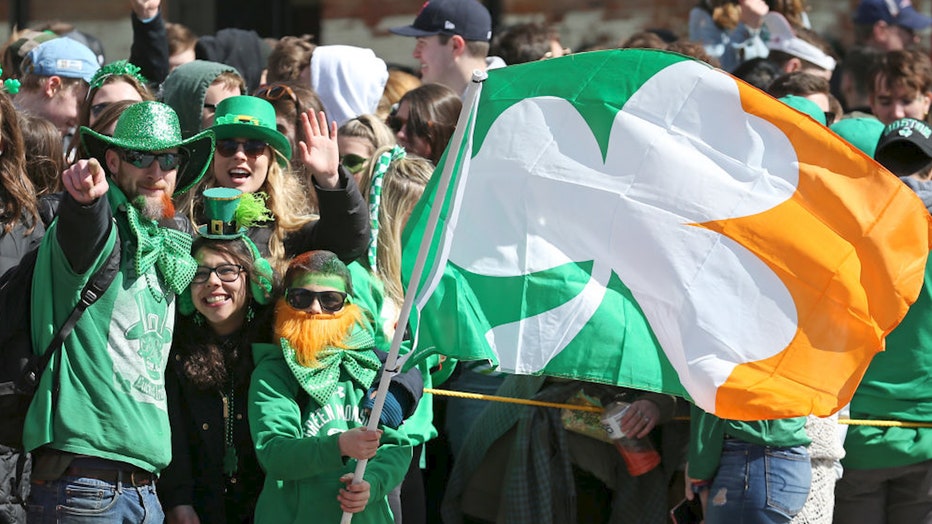 "In Ireland, pubs are more than a place to have a pint, but an institution in society. As told with warmth and heart by traditional Irish publicans."

"The huge impact of Ireland’s brand drives this documentary about the tiny island with over 75 million people with some level of familial ties there."

"This chilling documentary profiles an Irish priest who raped and molested dozens of children over twenty years, all covered up by the Catholic Church."

Rhythm of the Dance: St. Patrick's Day Concert (2013): Starring The Young Irish Tenors and The National Dance Company of Ireland.

"A spectacular St. Patrick's Day celebration takes viewers on a musical and historical journey through the Emerald Isle and its folk dance traditions."

"What’s the story behind the famous Irish holiday and who was Saint Patrick? This documentary explores the history of the glorious green festivities."

"The award-winning chef, tv personality, and author takes traditional Irish dishes and ingredients and gives them his own modern twist."

Secrets of the Irish Landscape (2018)

"A landmark series that follows in the footsteps of Ireland's greatest botanist Robert Lloyd Praeger, discovering the true makeup of our distinct and unique plant life. Presenter Derek Mooney embarks on an epic journey around Ireland and Europe piecing together the jigsaw of clues to tell for the first time, the epic story of our landscape and how it came to be, since the last Ice Age."

"The superstar dressmaker of the TV series "My Big Fat Gypsy Wedding," makes little girls dreams come true as they have their First Holy Communions."

RELATED: Snow day movies: Here are some free and brr-illiant films to stream on Tubi

"A handy man gets a job to brick up a vacant mansion by the Irish Coast, but it doesn't take long until he suspects he is not alone on the job."

"Irish brothers try to clean up Boston’s underworld by knocking off gangsters and become local folk heroes, as an FBI agent traces their bloody trail."

"Three years after his brother is reported killed, a man from Hell’s Kitchen learns his sibling may still be alive and tangles with the Irish mob."

"A thriller in the vein of ‘Lock, Stock and Two Smoking Barrels’ and ‘The Long Good Friday,’ ‘Johnny Was’ follows former Irish thug Johnny Doyle as he navigates questions of race and morality in an attempt to avoid all-out war with West Indian Yardies in a Brixton safehouse."

"An Irish priest who condones political violence must reckon with his role in the dark fate of a pliable choir boy who fights to expel the British."