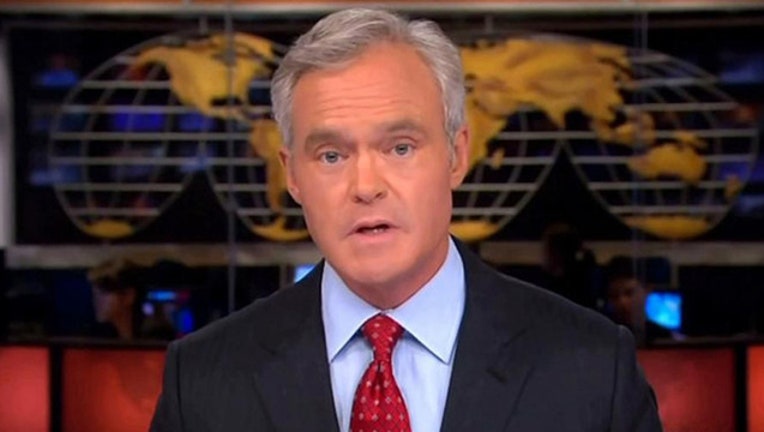 After Trump's claim of underreported terrorist attacks last month, Pelley said on his newscast that "it has been a busy day for presidential statements divorced from reality."

He was just getting started.

-"Today we learned the length of the president's fuse - 28 days," he said, before a story about Trump's first news conference as president.

-"Some of the problems Mr. Trump promised to solve last night don't actually exist," he said on the broadcast after the president's address to Congress.

-"Today, the president had another Twitter tantrum," he said on March 3, the day BEFORE Trump accused former President Barack Obama of ordering a wiretap against him.

Pelley isn't another cable news bloviator. He's the buttoned-down anchor of a nightly news summary steeped in tradition, one that reaches between 7 and 8 million viewers a night on a network particularly popular in the nation's heartland - Trump country. His words carry weight.

The one-liners are sharp in a way that's unusual for the evening news, and they set Pelley apart from his rivals, Lester Holt of NBC's "Nightly News" and David Muir of ABC's "World News Tonight."

"It's striking because it's such a departure from the traditional norm of objectivity that serious news anchors have always gone for over the last few generations," said Mark Feldstein, a journalism professor at the University of Maryland.

If Pelley made a conscious decision to take a bolder tack with a new administration, it isn't clear. The 59-year-old "60 Minutes" correspondent who has also anchored CBS' flagship newscast since 2011 sent word through a spokeswoman that he preferred to let the work speak for itself.

His statements have come at a time of debate in journalism over how to deal with presidential statements unsupported by facts: Do you say the statements are untrue or do you call Trump a liar?

In a speech last year after winning an award named for another predecessor, Walter Cronkite, Pelley said that "charlatans" who publish or broadcast lies without regard for the values of journalism are one of the profession's greatest threats.

"Is terrorism the greatest threat to our country?" he asked. "A recession? I suggest the quickest, most direct way to ruin a democracy is to poison the information."

Andrew Tyndall, a consultant who monitors the content of nightly network newscasts, also said he's taken note of a change in Pelley's tone since the advent of the Trump presidency. He said each of Pelley's characterizations is immediately backed up by stories that prove Pelley's point.

"To me it's not commentary," Tyndall said. "It's actual reporting."

Conservative media watchdogs don't see it that way. The Media Research Center considers CBS a liberal outlet, has for many years. Trump's Democratic predecessor, Barack Obama, got a much friendlier reception on CBS, said Tim Graham of the MRC.

When Pelley makes his remarks about Trump, "we're going to remember, this is not the way you were with other presidents," Graham said.

"I understand where people are coming from when they say that," said Dan Rather, one of Pelley's predecessors as "CBS Evening News" anchor, and an outspoken Trump critic. "Nobody wants a broadcast that is shot through with partisanship, political or ideological propaganda. But that's not what Pelley is doing. Pelley is not saying that it's my opinion that the president has told a falsehood here. This is what the record shows. That's a different thing."

Rather said he couldn't imagine saying the types of things Pelley is - or being allowed to by management - when he was a CBS News anchor, but that's because the situation with Trump is different now. CBS News has long played it straight, but also has a tradition of anchors stepping out in extraordinary situations, like when Edward R. Murrow took on Sen. Joseph McCarthy and his campaign against Communists in the 1950s, and Cronkite's February 1968 editorial that it was time to negotiate an end to the Vietnam War.

"I think it's refreshing and necessary and important that journalists do more than act as stenographers for whoever is in power," he said, "but actually try to get to the truth."