What some call a culture of racism within Carroll ISD is a topic soon to be revisited.&nbsp;

SOUTHLAKE, Texas - What some call a culture of racism within Carroll ISD is a topic soon to be revisited.

“I feel some type of responsibility as a graduate, coming back and attempting to fix these issues,” Anika Shah said.

Shah is now a sophomore at the University of Texas, while Darasimi Adeyemo is preparing for his senior year in the district.

Both, as members of the Southlake Anti-Racism Coalition (SARC), will be part of Monday’s school board meeting.

Up for a vote is a $425,000 budget item: a cultural competence action plan, created in part by the district’s diversity council.

Among its several recommendations, it calls for expanding use of an app for reporting inappropriate acts, like several social media posts that surfaced in recent years showing students blatantly using racial slurs.

“It’s a lot about awareness. I don’t think a lot of people realize just how traumatizing a lot of these experiences can be and how, at the same time, it could be so common amongst almost all the students of color who go to this school,” Adeyemo said.

In response, the school board released a statement. It says, in part, “We know they are hurting and want them to know that hearing their stories has only strengthened our resolve to address racism, bigotry and acts of discrimination...Although our original timelines for presentation/implementation of our Cultural Competence Action Plan were affected by the COVID-19 pandemic, the efforts we are proposing, with input from our students, staff and parents on the DDC, are significant and we believe will go a long way in addressing some of the very concerns the students raise.” 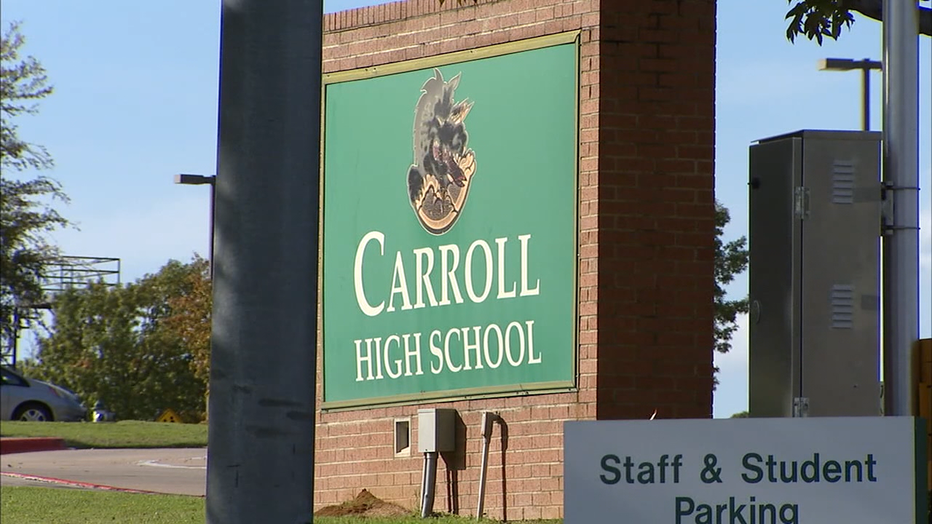 Shah said the district’s efforts thus far are a first step, and should go further to reflect current events.

“First and foremost, which is our demand number one. Carroll ISD needs to declare that Black lives matter and publicly condemn events of police brutality. We would argue if they don’t declare that, then they don’t really think they’re Black students lives matter,” she said.

“The district can say it stands with us as much as it wants, but until there’s actual action, I’m very skeptical about whether they actually stand with their students of color. Progress has to be made policy wise,” Adeyemo added.