Isaiah Creighton is sharing his story to let people know how important it can be to know CPR.

ALLEN, Texas - A 41-year-old man is sharing his story of survival after suffering a heart attack while participating in a cardio boxing class.

The seemingly healthy father only remembers starting the class, before waking up in the hospital.

Now he's thanking the people around him for their quick thinking that helped save his life.

Isaiah Creighton is lucky to be alive.

Statistics show that less than 8% of people who suffer cardiac arrest outside of the hospital survive.

Thankfully, the 41-year-old was surrounded by people when he collapsed, and two of them knew how to perform CPR.

Isaiah starts every morning at 6 a.m. with cardio boxing at The Jym in Allen.

Usually, his wife, Wandelka, is with him in the ring.

But back in August, she was home sick when Isaiah suddenly collapsed in class. He was rushed by ambulance to Texas Health Allen.

"It was the most devastating call a person could receive," Wandelka recalled.

Isaiah had gone into sudden cardiac arrest. He doesn't remember going down.

"I felt a little bit exhausted, but not anything out of the ordinary. After that, next thing I knew I woke up in the hospital," he said. 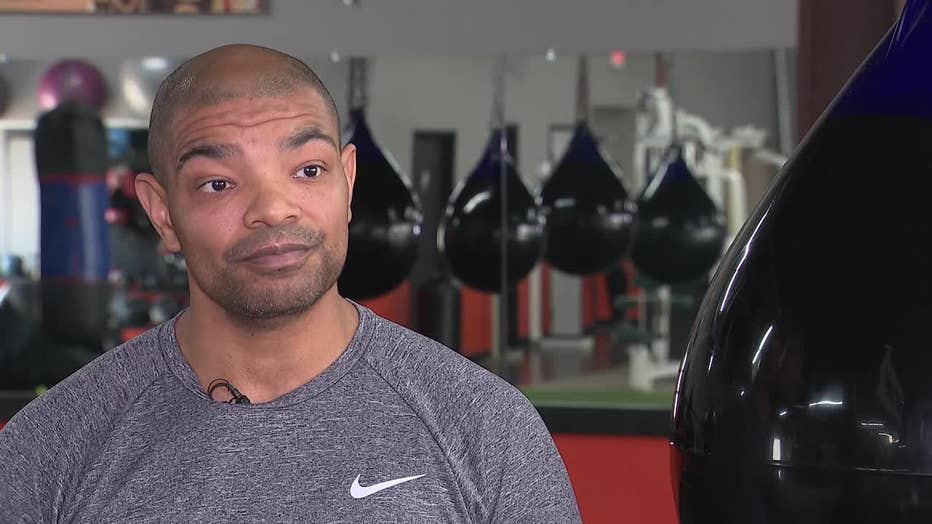 "We got to see him because it was noted that his heart rate was low," Dr. Yoo said.

Dr. Yoo said, aside from high blood pressure, Isaiah was, in his words, a specimen of health.

But because of his low heart rate, Yoo decided to implant a cardiac defibrillator, about the size of a stopwatch, into Isaiah.

The ICD can track heart rhythms and deliver a shock to the heart whenever sudden cardiac arrest occurs.

"Literally, the device is watching over you so you can go back to your life and hopefully get some of that anxiety to go down, which comes with, of course, any cardiac arrhythmia or cardiac situation condition," Dr. Yoo explained.

RELATED: The 3 most likely days to die of a heart attack are only weeks away

Six weeks later, Isaiah was back to boxing, with his wife by his side.

"I was looking at him like every five minutes, ‘Are you good? Are you good?’ He's like, ‘I'm good,’" Wandelka said.

They're both grateful to other boxers who performed CPR until first responders arrived.

"I think it’s extremely important for people to understand how important it is to learn CPR," Wandelka added.

Knowing that it can make the difference between life and death.

"If it wasn't for a couple of people here at the gym, I would probably be brain-dead," Isaiah said.

Every day, at least 60 Texans will suffer an out-of-hospital cardiac arrest, which reinforces the need for folks to learn CPR.

Isaiah wanted to share his story in hopes that people will do just that.