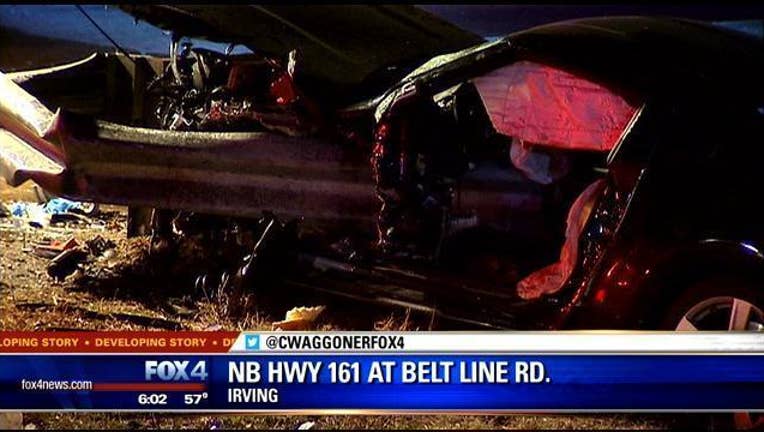 A car was impaled by a guardrail early Thursday morning. The driver survived, but has serious injuries.

It happened around 4 a.m. on northbound Highway 161 at Beltline Road in Irving. The driver of the Nissan Z lost control and struck the guardrail.

About a 25-foot long piece punched through the car. It went in through the front driver's side door and came out the right side of the car near the rear end.

Firefighters had to free the trapped driver. He was taken to the hospital with a leg injury.

The highway was closed for several hours following the accident.

And then just as a tow truck was trying to haul the car away, a pickup truck rear-ended the tow truck. The second crash caused even more traffic delays.