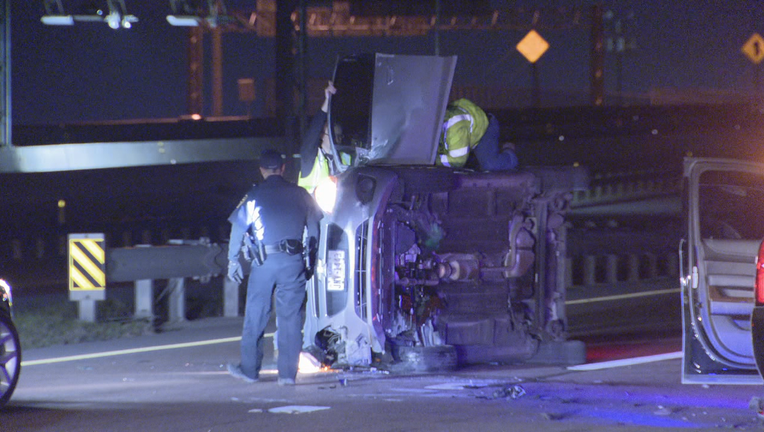 FORT WORTH, Texas - Fort Worth police took a woman into custody early Sunday morning after her vehicle crashed into a patrol SUV while the officer was diverting traffic.

The car ended up on its side after hitting the police SUV.

Officers had to force their way into the car to get the woman out.

The driver involved was given a field sobriety test before being taken into custody.