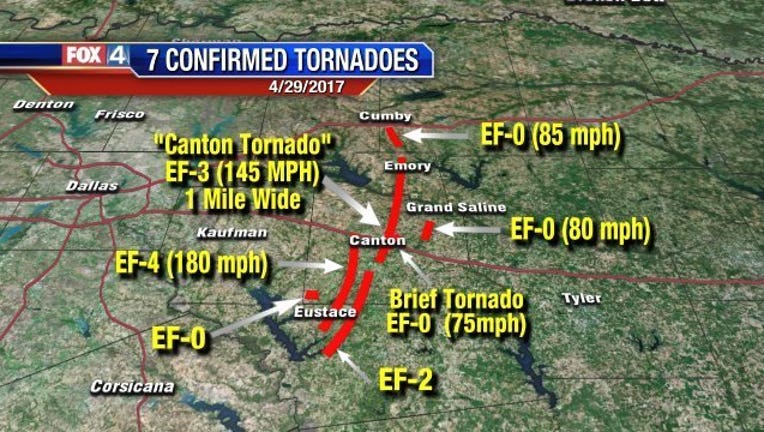 The meteorologist also upgraded the twister that hit from Eustace to Canton to an EF-4 with winds that topped 185 miles per hour.