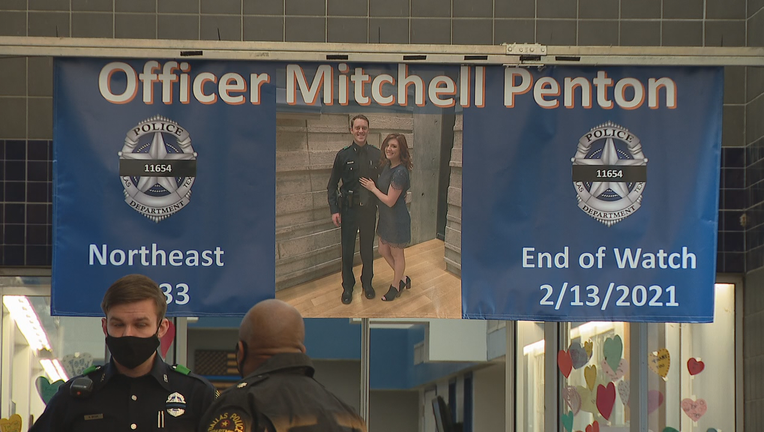 DALLAS - A candlelight vigil was held at the Dallas Police Northeast Patrol Station Friday night in honor of an officer who died in the line of duty last weekend.

Officer Mitchell Penton was working a crash at 75 and Walnut Hill Lane, when a suspected drunken driver struck his police vehicle, which then hit Penton and killed him.

Penton’s loved ones and colleagues came together Friday and lit candles in his honor.

Officer Penton had served with the Dallas Police Department for two years.

"While our loved ones may leave us for a little while, they’re never really gone as long as we honor their memory," Dallas Mayor Eric Johnson said.

The driver in the crash, identified as 32-year-old Phillip Mabry, was not hurt, and later arrested at the scene.

Mabry is charged with intoxication manslaughter leading to the death of a peace officer.