About 100 people spend the night in the cold, wet weather hoping to win free Chick-fil-A for a year.

PROSPER, Texas - About 100 people camped out overnight despite the rain and cold for free fast food.

Chick-fil-A celebrated the grand opening of its newest location in Prosper by giving the first 100 people in the door Wednesday morning free food for an entire year.

But getting the reward wasn’t easy. Those who earned it were required to camp outside the new restaurant for 12 hours. 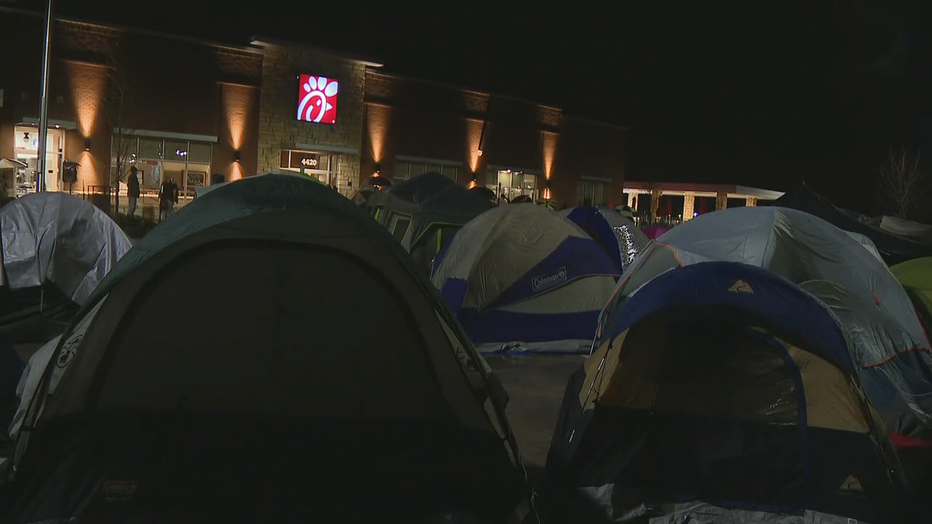 About 160 people showed up Tuesday evening and then there was a raffle to narrow the crowd down to 100. The brave Chick-fil-A fans were allowed to set up tents in the parking lot.

Some people showed up prepared to stay warm and dry with large tents, rain jackets, umbrellas and lots of blankets. Others just endured the weather under an awning for 12 hours. 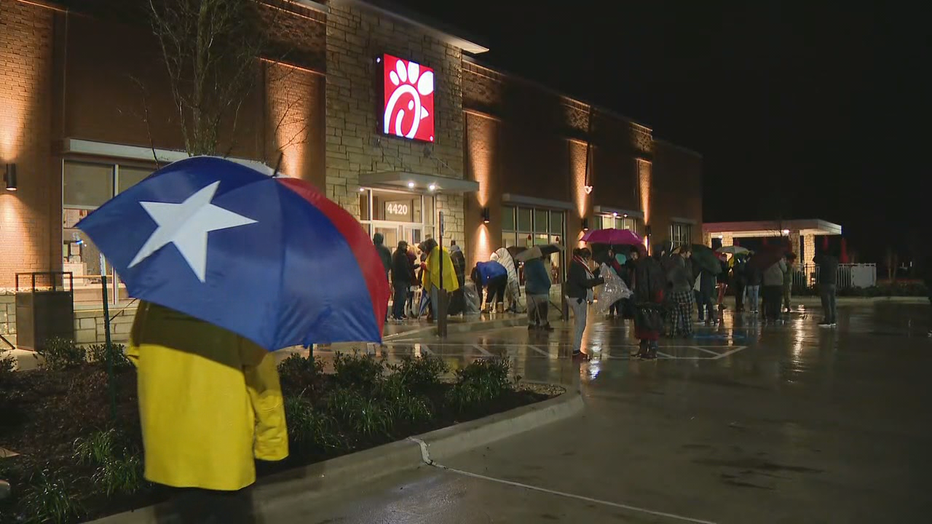 “A little cold but I made it! I was actually an alternate and got my number called. So anyway... came here with my wife and had a good night,” said Steve Frost, who waited in line. “We powered through it. I’m a deep sleeper so I made it alright.”

Even the people who didn’t bring a tent said it was worth it because they now have free Chick-fil-A for a year.