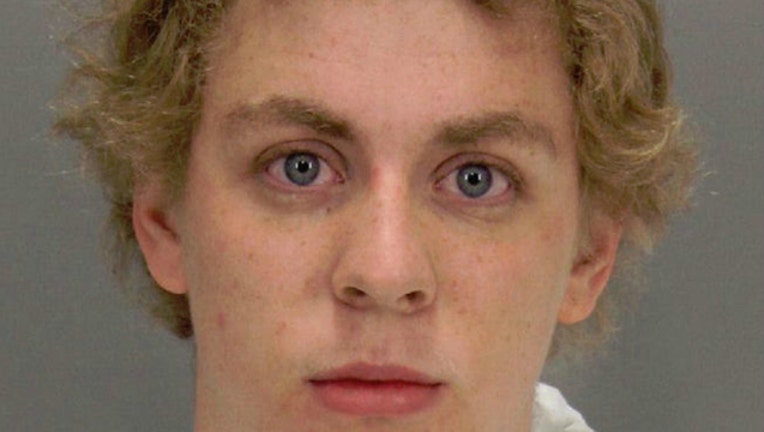 SACRAMENTO, Calif. (AP) — California Gov. Jerry Brown has signed two sexual assault laws in response to national outrage over the six-month jail sentence given to a former Stanford University swimmer for sexually assaulting a woman passed out near a trash bin.

The Democratic governor announced his approval Friday of laws requiring longer sentences to be served in state prison for defendants convicted of assaulting unconscious victims, ending the possibility of brief jail sentences like the one Brock Turner received in June.

"Judge Persky's ruling was unjustifiable and morally wrong, however, under current state law it was within his discretion. While we can't go back and change what happened, we have made sure it never happens again," Assemblyman Evan Low, D-Campbell, said in a statement. "If you do the crime, you're going to do the time."

Turner's case burst into the spotlight after a poignant statement from the victim swept through social media.

Politicians and law enforcement officials have lined up alongside sexual assault survivors to criticize Turner's sentence, back a recall effort against the judge and urge Brown to sign the tougher sentencing legislation.

The 21-year-old one-time Olympic hopeful was released from the Santa Clara County jail in September after serving three months for good behavior. He will be on probation for three years in his native Ohio.

Brown said in a signing message that he usually opposes adding more mandatory minimum sentences. But he said he signed the sentencing bill "because I believe it brings a measure of parity to sentencing for criminal acts that are substantially similar."

Outside jail after Turner's release, county Sheriff Laurie Smith said she believed his sentence was too light and urged Brown to sign the bill.

"Letting felons convicted of such crimes get off with probation discourages other survivors from coming forward and sends the message that raping incapacitated victims is no big deal," Democratic Assemblyman Bill Dodd of Napa said in a statement after lawmakers approved his bill in August.

But more than two dozen groups dedicated to ending campus sexual assaults urged Brown to veto it, fearing that the punishment would more likely be applied to minority and lower-income defendants than white offenders like Turner.

Mahroh Jahangiri, executive director of Know Your IX, a national organization representing survivors, said mandatory minimum sentences also could deter victims from pressing charges against their attackers, who are often people they know.

Brown also signed another bill permitting sexual assault victims to say in court that they were raped, even if the attack doesn't meet the technical definition under California law.

State law defines rape as nonconsensual intercourse between a man and a woman, leaving out other forms of sexual assault, including Turner's 2015 attack on the woman he met at a fraternity party. He was convicted of three sexual assault felonies, including digital penetration of an unconscious woman.

The rape definition that came under fire in the Turner case leaves Brown in an awkward position as he promotes a November ballot initiative that would allow earlier release of prisoners as a way to control overcrowding.

Proposition 57 would allow earlier parole consideration for nonviolent inmates, but the legal definition of a violent felony includes just 23 crimes, such as murder, kidnapping and forcible rapes and sexual assaults.

Turner's crimes were considered nonviolent under California law because he assaulted an intoxicated or unconscious person who could not resist, so he didn't have to use force.

"All sexual assaults are a violent offense. There is no such thing as a nonviolent sexual assault," Stanford law professor Michele Dauber said.

Dauber is a friend of the woman Turner assaulted and is leading a campaign to recall Santa Clara County Superior Court Judge Aaron Persky for departing from the usual minimum sentence in the case.

The bill passed without a dissenting vote, though Democratic Assemblywoman Cristina Garcia of Bell Gardens scaled back her initial proposal to expand the definition of rape. Prosecutors were concerned the original version would prevent them from filing multiple charges against perpetrators.

"Sexual penetration without consent is rape. It is never invited, wanted or warranted. Rape is rape, period," Garcia said in statement. "When we fail to call rape 'rape, we rob survivors and their families of the justice they deserve."