DALLAS - Former Vice President Joe Biden received endorsements from three former presidential rivals in Dallas on Monday, the night before the crucial Super Tuesday primaries in Texas and across the nation.

Former South Bend Mayor Pete Buttigieg endorsed Biden before a scheduled rally at Gilley’s Dallas. That event featured endorsements from Minnesota Sen. Amy Klobuchar and former Texas Rep. Beto O’Rourke. The three endorsements were a clear signal that the moderate wing of the party has consolidated behind Biden. 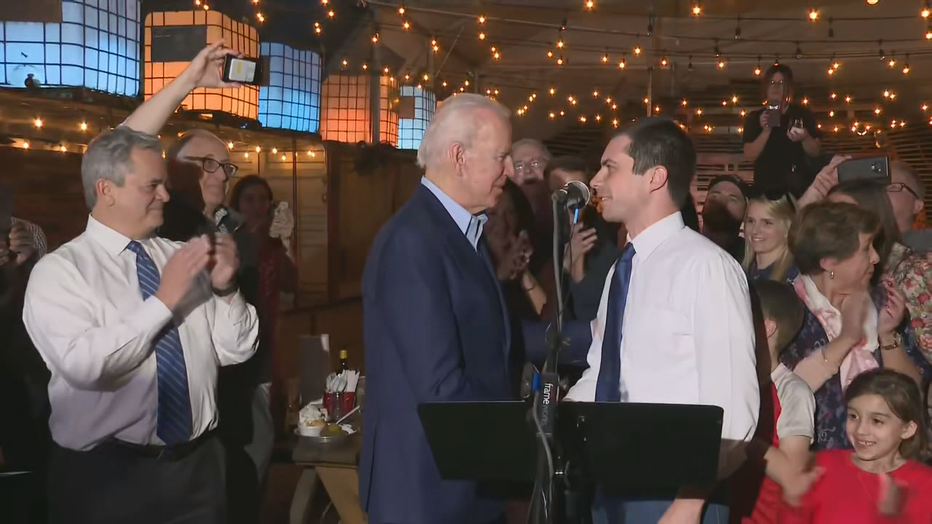 Buttigieg said at a pre-rally press conference at The Foundry in West Dallas that it's crucial that Democrats win not only the White House but also the Senate and House. He said America needs politics that are about decency and dignity, and he said, "That's what Joe Biden has been practicing his entire life."

Biden, speaking after Buttigieg, said his former rival "has as much moral courage as he has physical courage." He said Buttigieg reminded him of his late son Beau, which he called the highest honor he could bestow on anyone.

Buttigieg ended his bid late Sunday after deciding there was no way forward for his candidacy. 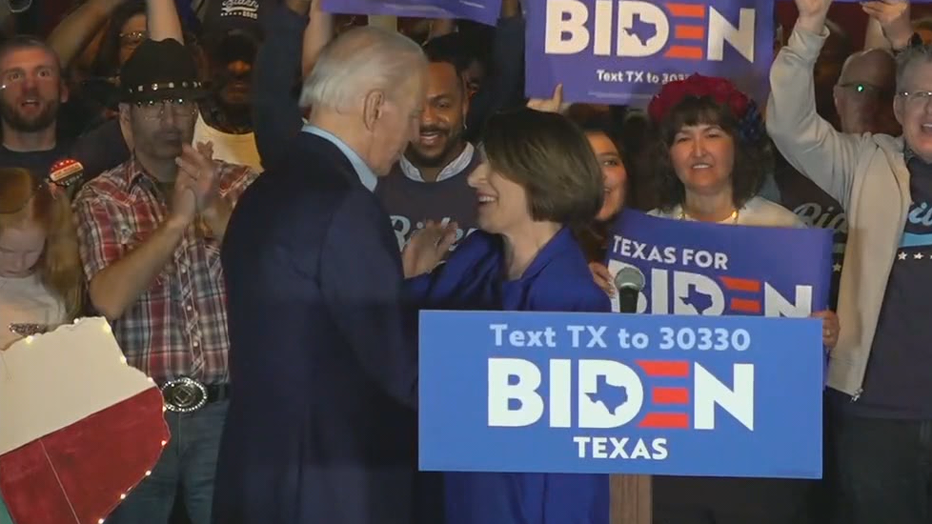 "It is time for Americans to join hands instead of pointing fingers," Klobuchar said. She added that Americans must dream bigger than trying to "outdivide the divider-in-chief."

The Minnesota senator said that Biden will fight for the average American. With her voice cracking, she said, "I cannot think of a better way to end my campaign than by joining his." 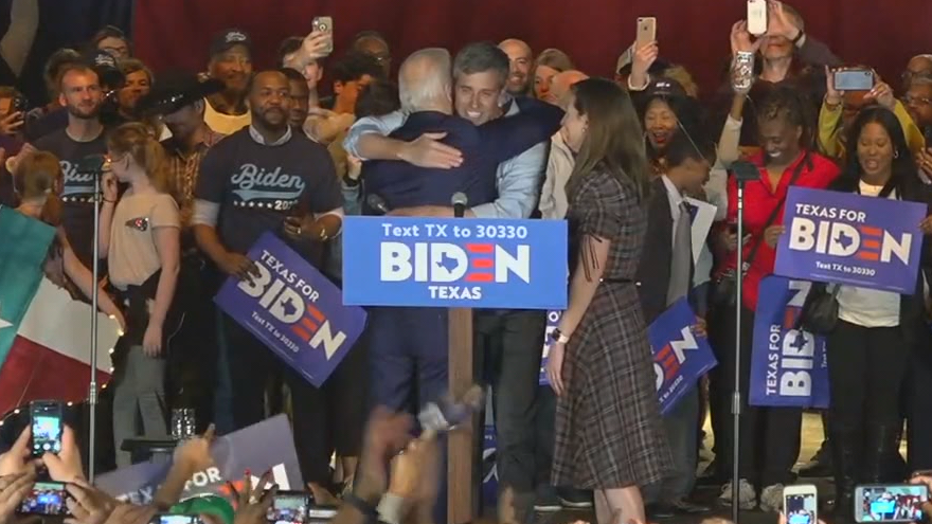 O’Rourke was the final speaker at the rally and was welcomed to the stage with some of the loudest cheers of the entire night.

"Tomorrow, March 3, 2020, I will be casting my ballot for Joe Biden,” O’Rourke said, urging his fellow Texans to do the same.

Biden got an outpouring of support in South Carolina’s Democratic primary and he hopes momentum will carry him to strong performances on Super Tuesday.

With nearly 50 percent of the vote in South Carolina, it was Biden’s first major victory on the campaign trail this time around. Sanders came in a distant second with 20 percent. Biden is still trailing Sanders in the delegate count but hopes to regain his status as the frontrunner after Super Tuesday.

Tuesday could be a big night for Sanders, though. The Democratic socialist senator is leading polls in Texas and California, which have huge delegate counts. The latest survey, taken before Biden's massive South Carolina win and multiple candidate drop outs, shows Sanders holding a lead with Democrats in Texas. A poll by the Dallas Morning News/UT Tyler had Sanders with 29 percent, Mike Bloomberg in second with 21 percent and Biden in third with 19 percent.

So while the race is seemingly narrowing to a Biden vs. Sanders faceoff, there are still others campaigning.

New York billionaire Mike Bloomberg, in particular, could create problems for Biden's establishment appeal. The former New York City mayor, who will appear on a 2020 ballot for the first time on Tuesday, has invested more than a half billion dollars into his presidential bid and wracked up many high-profile endorsements of his own.

And Massachusetts Sen. Elizabeth Warren, who has struggled for delegates and momentum over the last month, has vowed to stay in the race until the party's national convention in July.

Through four primary contests, the AP allocated 60 delegates to Sanders, 54 to Biden and eight to Warren.  Super Tuesday states offer a trove of 1,344 new delegates based on how candidates finish. Just 155 delegates have been awarded so far.