Their mom nominated them for an online contest by Milestone Electric — a free family trip to Disney World — saying the siblings often missed family functions to serve and protect.

PLANO, Texas - Two Plano police officers, who are brother and sister, are going to Disney World free of charge.

Officers Natasha and Kenneth Mings thought they were headed to a meeting with their sergeant when they were told about their unexpected surprise trip.

The siblings both joined the Plano police department in 2015. Their mom nominated them for an online contest by Milestone Electric — a free family trip to Disney World — saying the siblings often missed family functions to serve and protect.

The Mings were picked from some 40 deserving entries among Plano first responders.

“Of course being mom of two police officers you wonder are they going to be safe, are they cared for, so this is just an affirmation they’re on the right place,” mom Lori Ming said. 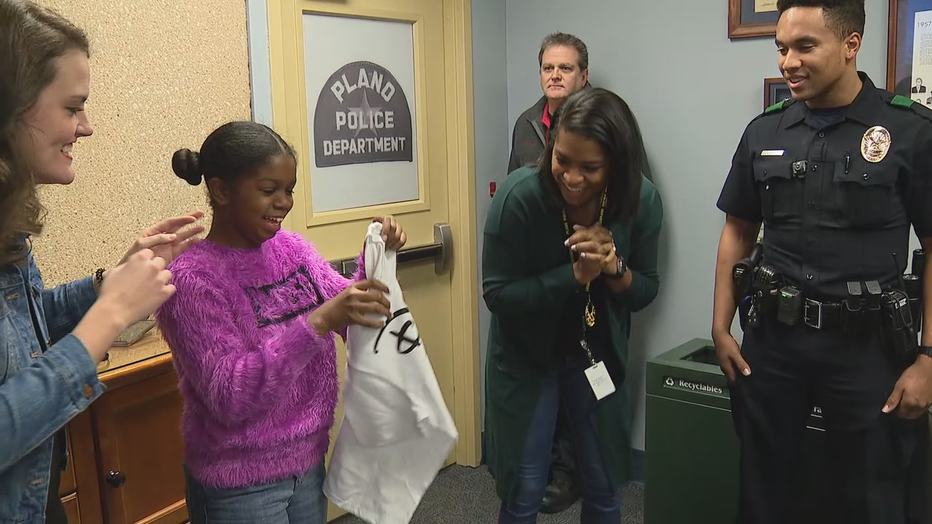 Natasha, a neighborhood patrol officer, is a single mother. Her 11-year-old daughter Aniyah got to open the gift — a four night stay valued at $5,000.

She’s stoked, to say the least.

“I’m really excited because Marley and my aunt were going to go for their birthday trip and I was kind of sad that I wasn’t going to go to Disney World,” Aniyah Hayes said.

Her uncle, patrol officer Kenneth, gets to come too.

Last year Kenneth was one of many Plano police officers who guarded the crime scene at the Richardson apartment complex where Officer David Sherrard was killed in an ambush attack. His presence allowed Richardson police officers to take time off and grieve.

He’s humbled by the gesture and eager to enjoy some relaxation.

Both officers get to bring a “plus one” to Disney.