The Brookside Community Center polling place in Hurst closed Thursday because the lead clerk there tested positive for COVID-19.

HURST, Texas - The Brookside Community Center polling place in Hurst is back open after being closed Thursday because the lead clerk there tested positive for COVID-19.

A steady stream of voters hoping to cast their votes at the community center Thursday were turned away.

The polling location had been open for a few hours on Thursday, but Tarrant County elections officials closed it when they learned the lead clerk tested positive for COVID-19. 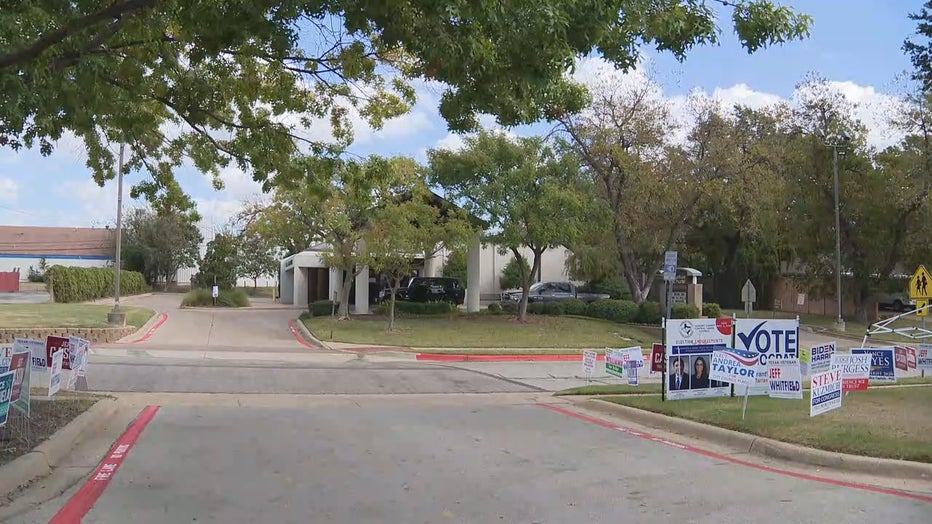 As elections officials worked to find replacements, the last-minute change frustrated some voters.

“They did the right thing, but they also need to notify the people out here,” said Bijoi Durenz, who attempted to vote. “People like me who took time off from work to come here to vote, and then it’s closed without any notice.”

This is not the first time voters have been turned away from polling locations that have been temporarily shut down because of a COIVD-19 infection.

On the first day of early voting, Tarrant County elections officials scrambled to find new poll workers for three locations after one worker in a training class tested positive prior to any polls opening. Only one location in Euless was delayed opening by a few hours.

Last week, a Denton County polling location in Lewisville was temporarily shut down because a worker contracted the virus.

While the Brookside Community Center was closed, voters were directed to the three nearest locations in Bedford or Hurst.

Tarrant County elections officials were able to get another team in to open the doors in Hurst Friday morning.

Elections officials said they are still taking applications for poll workers who want to work and help fill some of those gaps.