In recent weeks, at least three Dallas bars and restaurants say someone broke into their establishments and stealing liquor.

DALLAS - Several Dallas bars and restaurants say criminals are taking advantage of their closed doors during the pandemic.

In recent weeks, at least three Dallas bars and restaurants say someone broke into their establishments and stealing liquor.

The Truck Yard in Lower Greenville says the thief got away with about $6,000 worth in booze all while it remains shuttered and unable to even make money.

A growing number of Dallas bars and restaurants say they were recently burglarized during one of the most trying times for their industry.

“We’re a fairly easy target. They know when our hours are,” he said.

Wasserman says last week someone smashed out a front window of the Hideaway on Henderson before stealing bottles of liquor.

“It didn’t surprise me to be honest,” he said. 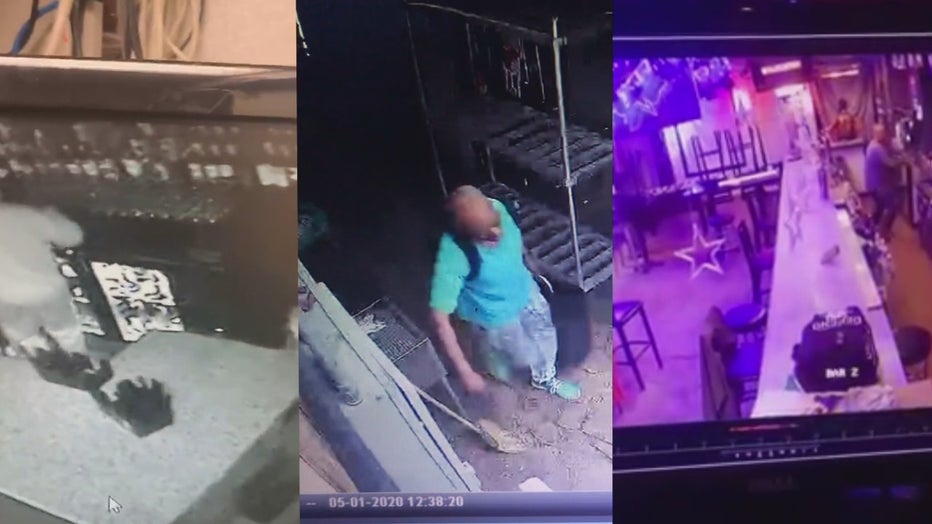 Wasserman said it’s the third time his establishment’s been targeted.

The Truck Yard on Lower Greenville is typically packed with people who would normally be enjoying the outdoor patio area. But it remains closed. They say it was an opportunity for a man to steal about $6,000 worth of liquor.

Lauren Rendon and Suraj Patel work for Bullzerk. They’ve been doing what they can to help those who cannot work at this stage of the pandemic.

“So we’ve been creating this shirt and all of the proceeds go to the bar staff,” Rendon said.

The clothing company has a storefront in Lower Greenville, but it also sells items from a trailer at the Truck Yard. They say someone broke into it and stole hundreds in clothes.

“Please stop. Please stop. We work really hard on all of our products,” Patel said. “There’s a lot of local businesses that are struggling right now as is. So we don’t need anymore.”

“I think that there are crimes of opportunity,” Thomas said. “Once it happens once, I think you’re always worried.”

Dallas police are investigating these crimes that are happening as these businesses struggle to survive. They didn’t respond when asked if there’s any connection. They did say that in the Central Division, burglaries age down compared to this time last year.