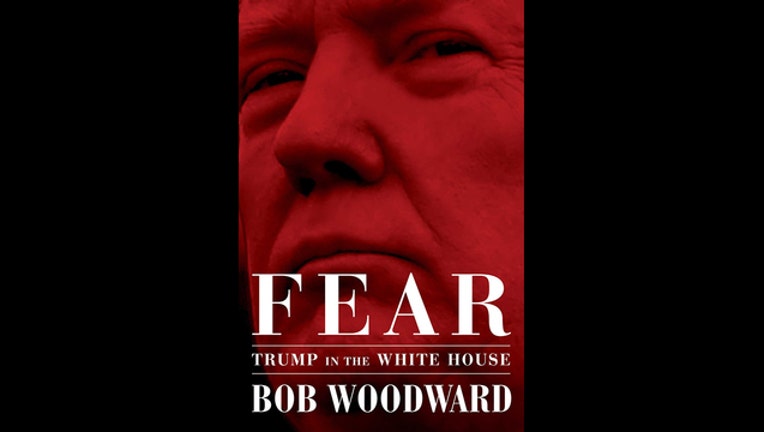 NEW YORK (FOX5NY.COM) - Readers haven't been afraid to get a dose of Fear.

Washington Post journalist Bob Woodward's book about the conflict and controversy inside President Donald Trump's White House has sold more than a million copies, according to the publisher.

The combined sales figures of Fear: Trump in the White House in hardcover, e-book, and audiobook formats hit 1.1 million after one week on the market, Simon & Schuster announced.

"There is only one word to describe the sales of Fear—and that word is huge," Jonathan Karp, the president and publisher of Simon & Schuster, said in a news release. "What's especially gratifying is the appreciation readers and reviewers have for the integrity and importance of Bob Woodward's reporting."

Trump, who had previously praised Woodward's reporting as "fair," called the book "refuted and discredited" and that explosive quotes attributed to Secretary of Defense James Mattis and Chief of Staff John Kelly are "made up frauds, a con on the public."

Woodward made a name for himself in the 1970s with his coverage of the Watergate scandal, which contributed to the downfall of President Richard Nixon. He defended his reporting for Fear, which concludes that the Trump presidency is in a "nervous breakdown."

Simon & Schuster said that it has already ordered a 10th printing of Fear, which has also been published in Australia, Canada, India, and the U.K.