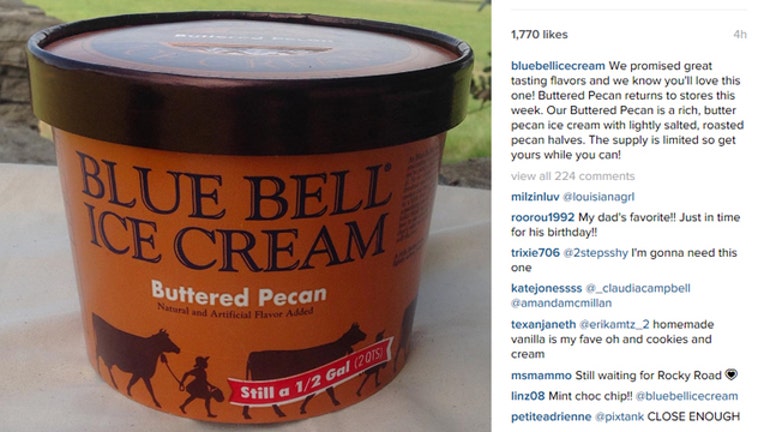 Another flavor of Blue Bell is returning to store shelves – Buttered Pecan.

It’s the fifth flavor now being made by the ice cream maker, which began selling its products again this week in Austin and Houston-area stores.

Homemade Vanilla, Dutch Chocolate, Cookies ‘n Cream and The Great Divide are the other flavors currently available for purchase.

North Texas is included in Phase Two of the Blue Bell return to stores, which is expected  to happen sometime during September. No set date has been announced by the company.

Blue Bell resumed production at its Oklahoma facility earlier this week, but there’s still no set date for when production could resume at the company’s Brenham, Texas plant. The bulk of ice cream production is happening from Blue Bell’s Alabama plant.