Bird Café restaurant in Fort Worth closes its doors for good

A popular Fort Worth restaurant announced on Thursday that it has to close its doors for good.

FORT WORTH, Texas - A popular Fort Worth restaurant announced on Thursday that it has to close its doors for good.

The Bird Café spent seven busy years as a flagship restaurant in Sundance Square. But with no visitors coming downtown, business dried up.

It’s devastating for Bird Café General Manager Amber Davidson, who has worked there since opening seven years ago.

“The business in the square and the foot traffic in downtown is a huge part of our business and the parties. We do a lot of parties,” Davidson said. “It’s my home. So, it’s sad for all of us.”

Wynne says Flying Fish is doing fairly well, partially, because it’s more affordable. But at the square with more expensive plates and the reliance of walk-up traffic, the Bird Café says it cannot climb out of the hole caused by the pandemic. 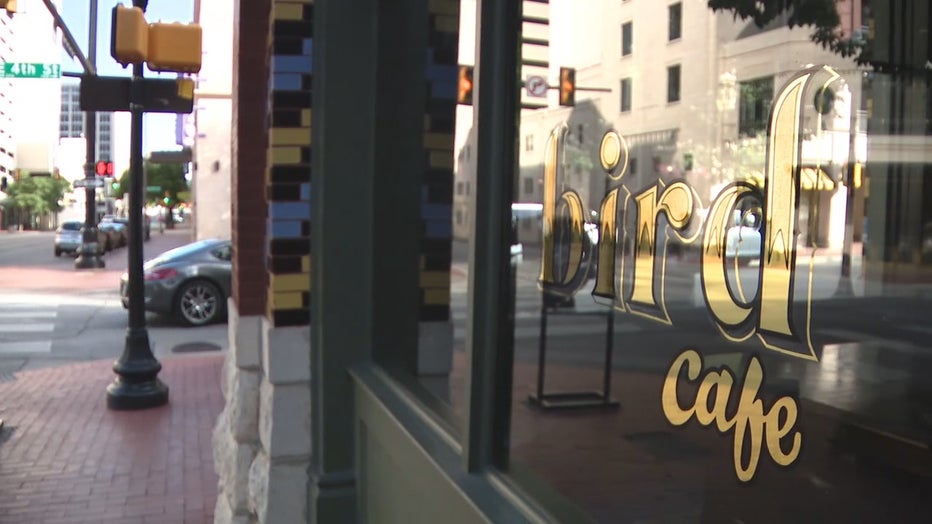 “We were burning through cash pretty quickly,” Wynne said.

Still, through all of this, the cafe’s been preparing meals for hundreds of frontline workers.

“It feels good for us, and it lets people know that we’re still around and we still want to be a part of the community,” Davidson said.

Davidson says the few who have been dining in have gone above and beyond to support them.

“The tips have definitely been generous,” she said. “People handing servers a $100 bill has been kind of normal.”

The owner of Bird Café says they were approved for the SBA’s PPP loan. So while they’re shutting down next Friday, employees will be getting paid for several more weeks.