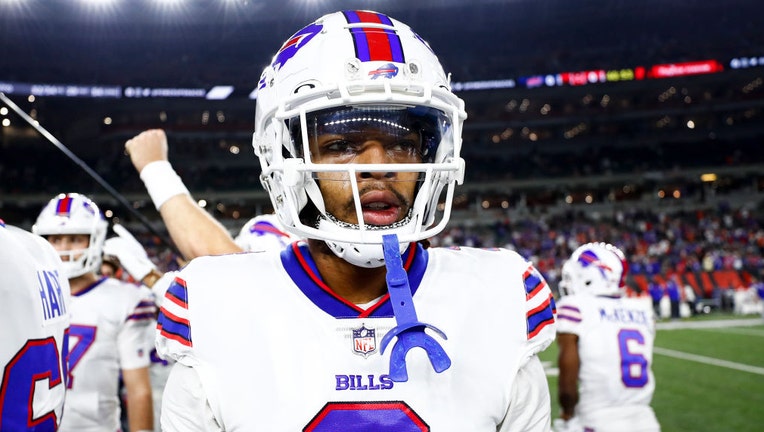 CINCINNATI, OH - JANUARY 2: Damar Hamlin #3 of the Buffalo Bills stands in the team huddle prior to an NFL football game against the Cincinnati Bengals at Paycor Stadium on January 2, 2023 in Cincinnati, Ohio. (Photo by Kevin Sabitus/Getty Images)

Buffalo Bills safety Damar Hamlin is breathing on his own and able to talk after having his breathing tube removed, his agent said Friday - the latest step in his remarkable recovery in the four days since going into cardiac arrest and being resuscitated on the field during a game against the Cincinnati Bengals.

Ira Turner was unable to provide any other details in a text sent Friday morning to The Associated Press. The development was first reported by The Athletic.

The Buffalo Bills tweeted that Hamlin FaceTimed into the team's meeting Friday to talk to players and coaches. Hamlin told the team "Love you boys," the Bills tweeted.

The 24-year-old Hamlin was still listed Thursday in critical condition in the intensive care unit of the University of Cincinnati Medical Center. Aside from being able to communicate by writing, Hamlin was also been able to grip people's hands.

"So we know that it's not only that the lights are on. We know that he's home. And it appears that all the cylinders are firing within his brain, which is greatly gratifying for all of us," Dr. Timothy Pritts said. "He still has significant progress he needs to make, but this marks a really good turning point in his ongoing care."

Coach Sean McDermott and his team found out that Hamlin has made remarkable progress in his recovery Thursday since his heart stopped during Monday night’s game.

"He is recovering at home with his family and making progress every day," Murphy’s family shared in a statement on social media Friday.

They continued: "John and the Murphy family are grateful for the excellent care by the staff and doctors at Buffalo General Medical Center. We appreciate everyone’s support." 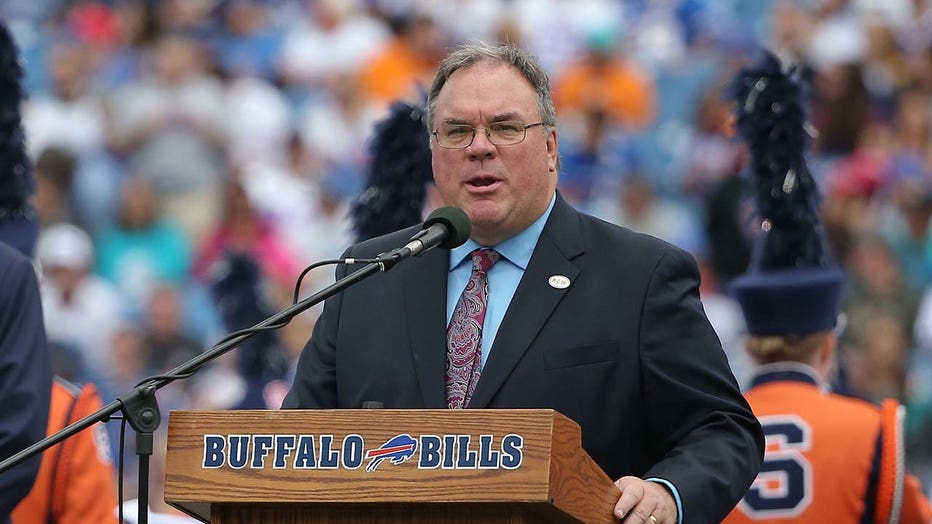 Murphy missed Monday night’s game but the team did not share details at the time about the reason for his absence.

In the interim, the team said Chris Brown will continue to perform play-by-play duties on the Bills Radio Network while Murphy recovers.

"We look forward to having John back in the booth as soon as possible. Get well soon, John!," the team wrote.

In the last few days since the Bills were left emotionally devastated as they watched their teammate collapse on the field in Cincinnati, the team’s motto has gone from "Pray for Damar" to "Play for Damar."

And a rallying message from Hamlin’s father, Mario — delivered to the Bills via a Zoom call on Wednesday — provided another boost as the Bills (12-3) resumed practicing in preparation to host the New England Patriots (8-8) in their season finale on Sunday.

"His message was the team needs to get back to focus on the goals they had set for themselves. Damar would have wanted it that way," McDermott said during the team's first media availability since Hamlin's life was endangered. "We owe that to Damar, and we owe that to his family."

Quarterback Josh Allen was particularly inspired by what Hamlin communicated to his bedside nurse upon waking up Wednesday evening. Unable to speak because of an oxygen tube inserted in his mouth, Hamlin asked by writing on a pad of paper if the Bills had beaten the Bengals. (He didn’t know the game was suspended after his injury.)

"As teammates, you love hearing that response, that the first thing on his mind wasn’t, you know, ‘Poor me.’ It was, ‘How are my teammates doing?’" Allen said. "For Damar to go through that and to come out on the other side and still, again, just thinking about his teammates, that’s Damar. That’s who he is."

Though the 24-year-old Hamlin remains listed in critical condition in the intensive care unit of the University of Cincinnati Medical Center, his doctors provided encouraging news on his recovery. Aside from being able to communicate, Hamlin has also been able to grip people’s hands.

"So we know that it’s not only that the lights are on. We know that he’s home. And it appears that all the cylinders are firing within his brain, which is greatly gratifying for all of us," Dr. Timothy Pritts said. "He still has significant progress he needs to make, but this marks a really good turning point in his ongoing care."

The test for the Bills now is focusing their attention on returning to the field. It’s yet another challenge during a year filled with adversity for one of the AFC’s best teams.