WASHINGTON - Republicans in the House of Representatives have introduced the Stars and Stripes Act of 2021, which is designed to prohibit certain "political" flags, like the Black Lives Matter flag, from flying at diplomatic and consular posts around the world.

This comes after the State Department issued a memo declaring support for the term "Black Lives Matter" ahead of the May 25 anniversary of the murder of George Floyd. The memo permits American diplomats to fly the Black Lives Matter flag outside of embassies, FOX News confirmed.

Blinkin previously authorized embassies to fly the LGBTQ pride flag from May 17 through the end of June, which is also Pride month.

Rep. Nicole Malliotakis, who authored the bill, said it was "inappropriate for President Biden and Secretary Blinken to authorize and encourage the display of inherently political flags that are in no way affiliated with the U.S. Government over American embassies overseas."

"The American flag is a beacon of freedom and hope for oppressed peoples around the world; it should be the primary flag flown above our embassies and that is what my legislation seeks to accomplish," she said in a news release. 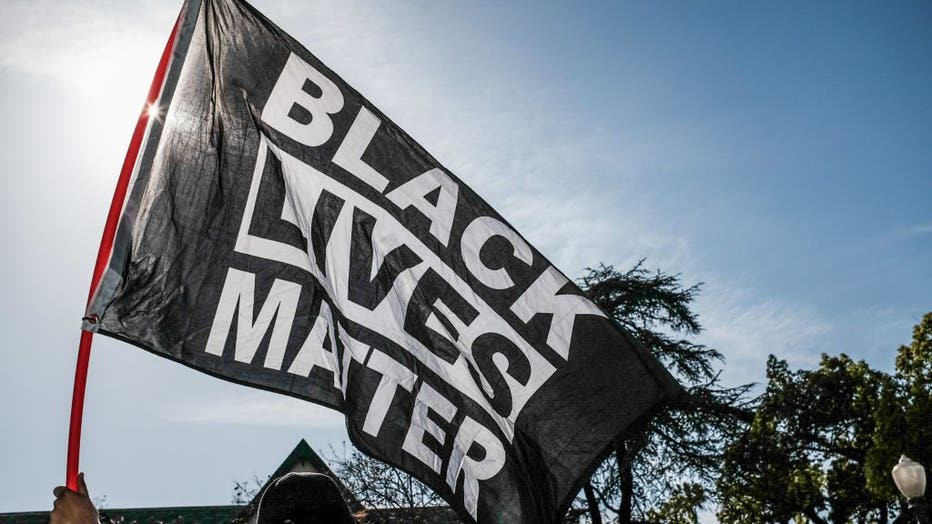 Guest called the death of George Floyd important to discussions surrounding police reform but said using U.S. resources to display a non-government flag over American embassies is not permissible.

"I encourage every American to exercise their First Amendment right to free speech and to continue civil dialogue around this matter. However, these discussions should not be aired out on an international stage," Guest said. "Our country’s resources should be used to highlight our unity, not our political divisions."