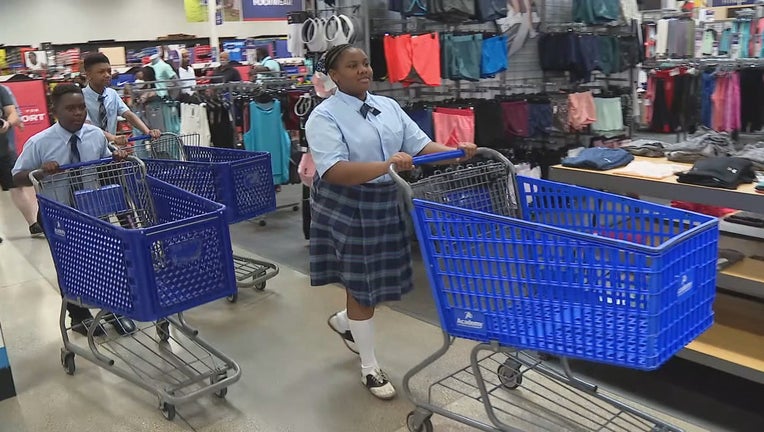 DALLAS - Some students in South Dallas were treated to an athletic shopping spree.

The Big 12 Conference and Academy Sports and Outdoors sponsored the surprise.

The kids from St. Philips School were given $5,000 to fill their carts with sports supplies for their PE classes.

They were also able to pick out camping and fishing gear for the school’s outdoor education classes.

The students said they were thankful to be able to get some new supplies.

"I think that it’s really cool because our school, sometimes it really does need some stuff like gear and we’re thankful for it," said Jonathan Lax, a student at St. Philips School.

The Big 12 has also invited students in the school’s broadcast journalism program to be journalists for the day at the conference media day starting Wednesday.

They’ll be able to go behind the scenes at AT&T Stadium to interview their favorite Big 12 players and coaches.