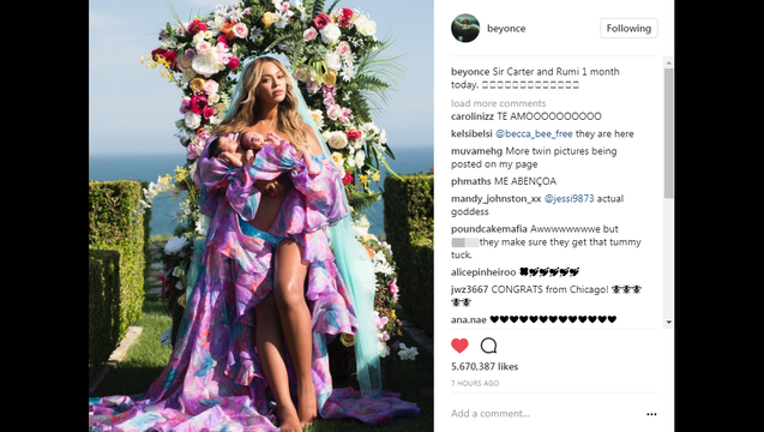 (AP) - Beyonce has finally debuted her twins a month after they were born.

The singer posted a picture of herself holding the babies on Instagram late Thursday night and wrote in the caption, "Sir Carter and Rumi 1 month today." She didn't mention the babies' genders.

Beyonce is wearing a flowing garment with a long veil in the photo and standing in front a flowered arch with the sea behind her.

It gained millions of likes in a matter of hours and already is among the most-liked Instagram photos of all time. Beyonce already holds that crown with her Instagram pregnancy announcement in February.

Rumors have swirled about the twins' birth in recent weeks, but her representatives had declined comment on the matter.