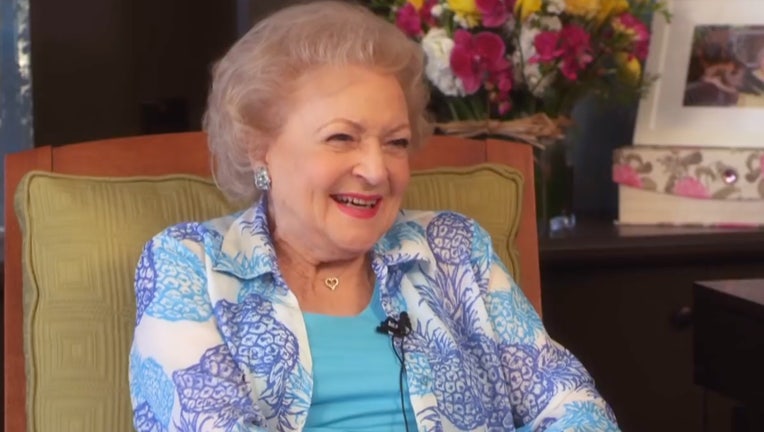 "While Betty White is best known (& beloved) for her prolific TV career, she is also a pioneer for women producers & a fierce advocate for animal welfare," Bloom wrote on Twitter following the ceremony honoring her for the achievement.

The iconic TV actress, comedian, producer and animal advocate has had one of the longest careers in television history. White is best known for playing memorable, complex, and hilarious women characters, including her Emmy-winning roles as Sue Ann Nivens on "The Mary Tyler Moore Show" and as Rose Nylund on "The Golden Girls."

She was inducted into the Television Hall of Fame in 1985 and received a star on the Hollywood Walk of Fame on February 18, 1988.

White is known for her tireless efforts on behalf of animals. As an avid aminal welfare activist, she works with a number of organizations; including the Los Angeles Zoo Commission, the Morris Animal Foundation, Actors & Others for Animals, the Farm Animal Reform Movement, and Friends of Animals.

"Betty White’s achievements & accolades over a lifelong career are too numerous to list. A working entertainer for over 80 years, she brings energy & zeal to everything she does & I look forward to her next project," wrote Bloom. "Congratulations to a most extraordinary Woman of the Year!"