O’Rourke, who is still polling below the top candidates in early primary states, is currently riding high off momentum from this week's debate in Houston, where he said he is going to ban high power riffles, like AR-15s and AK-47s.

“We are going to buy back every single one of those weapons. Get them off the streets,” O’Rourke said at Sunday’s rally.

In the crowd, was a man with a rifle on his back. He was holding a sign saying, “Hell no. You will not take my AR-15.” 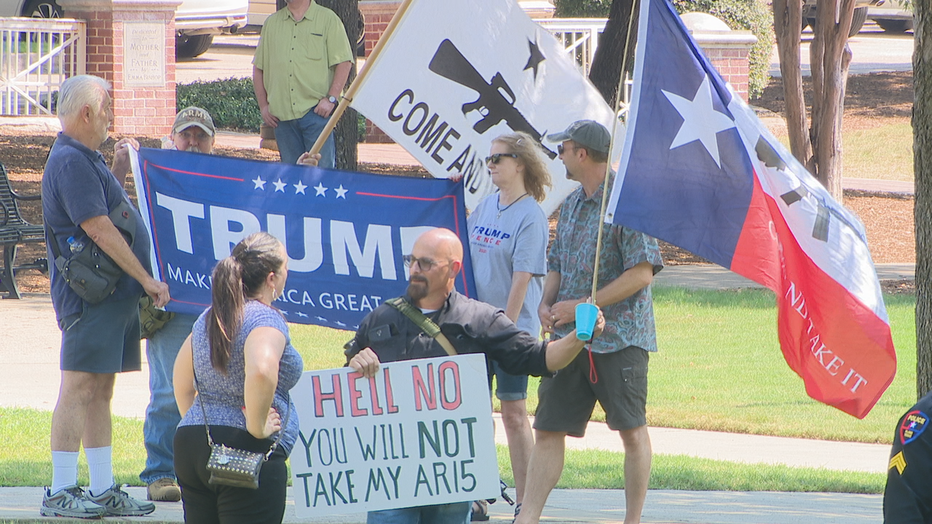 O’Rourke said Democrats need to be bold, adding that the current way of fixing the gun problem isn't working.

“If we start in a timid, fearful apologetic way, we are going to get the same result we’ve gotten for the last 30 years, which is literally nothing,” O’Rourke said.

He said that if he’s elected president, the assault rifle ban would not be by executive order, but a law passed by Congress.

O’Rourke said they're relying on citizens following the law to give back guns, but a fine would be given to those who don’t comply.