O'Rourke said the rally would be a political competition with the Trump rally. But if it was a crowd competition, it wasn't.

The former congressman hosted a much smaller crowd at the Theater at Grand Prairie for what he called a "rally against fear." He was joined by other prominent Texas Democrats, including State Senator Royce West, who is running for John Cornyn's U.S Senate seat.

In his Senate run against Republican ted Cruz, O’Rourke got closer to the Senate than any Texas Democrat in decades. But that message has not reflected in the polls nationwide.

O’Rourke says he’s in the race for the long haul. During Thursday’s rally in Grand Prairie, he had one focus: a counter-rally to President Trump to fight the president’s “message of fear.” 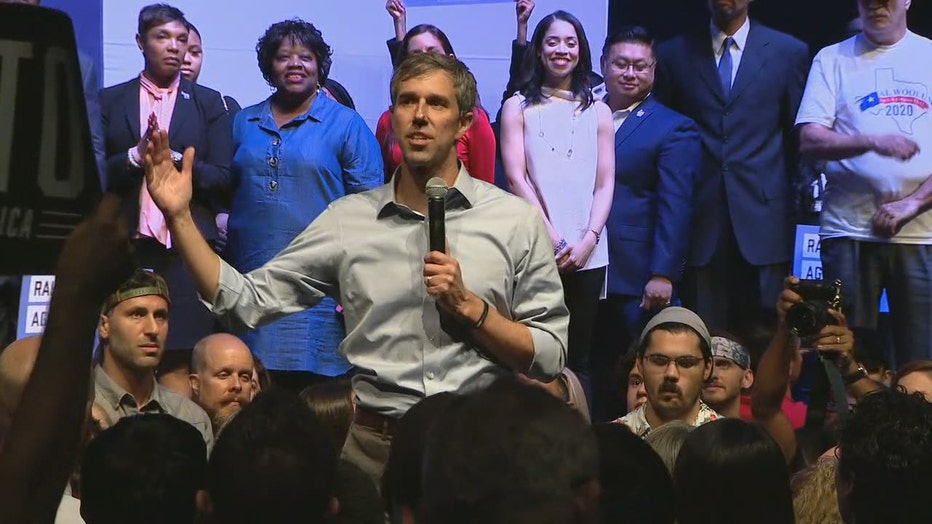 “That fear he is trying to use against us. That fear that he directed and drove down to El Paso. That fear that claimed the lives of 22 Americans,” O’Rourke said. “We, those of here together, standing to be counted are the answer to that fear.”

O’Rourke did not ease up on his tough stance on gun control. It includes a gun buyback proposal, which is a tough sell for many Texans.

“We have lifted not a finger for universal background checks or red flag laws or ending the sale of assault weapons in this country,” he said.

O’Rourke talked about what he calls “social injustice” for minorities in Texas. He touched on two high-profile shootings involving officers in North Texas.

“Not even a week ago, Tay Jefferson shot in her home by someone sworn to serve and protect her and anyone without regard of the color of their skin,” he said. “In the same community as Botham Jean. In his own apartment. Again by a while police officer.”

For those in the crowd of roughly 5,000, they say tackling fear means going to the polls.