Bernie Sanders has become known as a force to be reckoned with on the campaign trail, firing up thousands of supporters at his rallies. But his closest confidantes say things weren’t always like they are today, like the time he lost the race for student body president at James Madison High School in Brooklyn.

BURLINGTON - Vermont Sen. Bernie Sanders claimed victory in the Nevada caucus on Saturday, but he wasn’t always this victorious.

Sanders has become known as a force to be reckoned with on the campaign trail, firing up thousands of supporters at his rallies. But his closest confidantes say things weren’t always like they are today, like the time he lost the race for student body president at James Madison High School in Brooklyn.

His older brother remembers it well.

“President of the school body, the other two had nothing important to say — they were going to do prom, some nonsense. Bernard lost the election he finished third out of three, not for the last time,” said the Democratic candidate’s brother Larry Sanders. 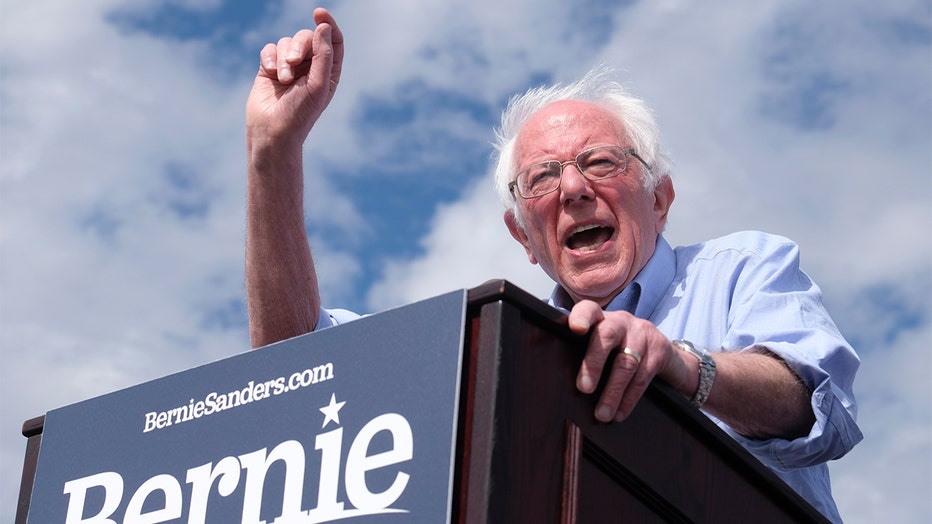 But deep inside him, Bernie Sanders said he knew he was destined for politics — as the son of a Polish immigrant, his family’s experience in the Holocaust had a lasting impression on him.

“My father’s family was wiped out by Hitler in the Holocaust, I know what crazy, radical and extremist politics mean. I learned that lesson as a tiny child,” Bernie said at a Democratic debate against Hillary Clinton in 2016.

As a college student at the University of Chicago, Bernie campaigned against housing segregation at the university and was arrested during protests in 1963.

Upon graduation, Bernie began his political career in Vermont in 1971. But according to his brother, he would not win his first election until 10 years later in 1981, when he became mayor of Burlington.

Ten years after that, he was elected to the House of Representatives where he served for 16 years, becoming the longest serving independent in American history.

Sanders was later elected to the Senate in 2007, where he quickly earned a reputation as a progressive after an 8-and-a-half hour filibuster against a bipartisan tax bill.

But it was his candidacy for the Democratic nomination in 2016 that cemented Sanders as a familiar face in American political life.

He called himself a “democratic socialist” and galvanized young people and older people alike with calls for free college and universal health care.

Throngs of supporters said they “felt the Bern,” but many feared his progressive ideas were too radical and would drag the party too far left — and that created a rift that propelled Clinton toward the nomination that year.

There were also accusations that the Democratic National Committee had rigged the process in favor of Clinton, and that bad blood has carried over into his current campaign for the Democratic nomination in the 2020 race for the White House.

Despite all of that and the heart attack he suffered last year, which took him off the campaign trail for a while, Sanders — the oldest candidate in the race — is surging in polls across the country.

After Sanders enjoyed a strong showing in the Iowa caucus, he won the New Hampshire primary, where he also won in 2016.

Then on Saturday, he won the Nevada caucus.

His older brother said his little brother has the wind at his back. “He’s a kid, he’s only 78. When he’s my age he’ll have to worry,” Larry Sanders said of his younger brother.

Bernie’s rivals and some party centrists have become alarmed that the self-declared democratic socialist could win the nomination as his opponents split the non-Sanders vote.

Suffice it to say, after winning the Nevada caucus, he solidified front-runner status heading into South Carolina, and more importantly, into the critical Super Tuesday primaries on March 3.

The Associated Press and Stringr contributed to this report.