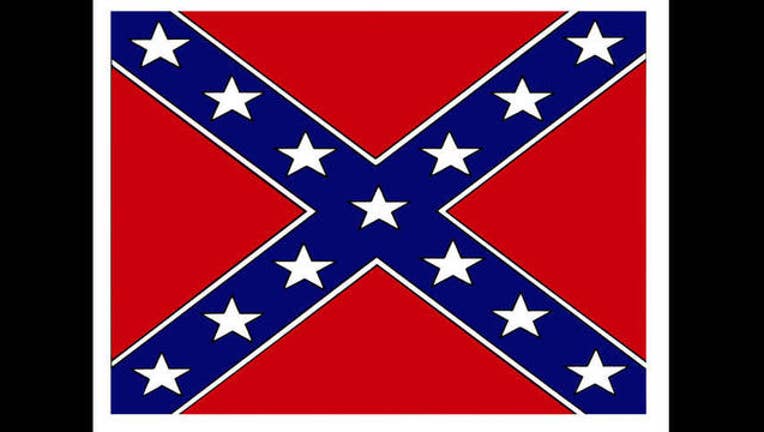 Texas commemorates the Confederacy in many ways, from an annual celebration of Confederate Heroes Day each January to monuments on the grounds of the state Capitol in Austin. Among the memorials is one that has stood for more than a century, bearing an image of the Confederate battle flag etched in marble.

But you're out of luck if you want to put that flag on your license plate. Texas says that would be offensive.

Now the Supreme Court will decide whether the state can refuse to issue a license plate featuring the battle flag without violating the free-speech rights of Texans who want one. The justices hear arguments Monday in a challenge brought by the Texas division of the Sons of Confederate Veterans.

The group sued over the state's decision not to authorize its proposed license plate with its logo bearing the battle flag, similar to plates issued by eight other states that were members of the Confederacy and Maryland.

"In a free society, offensive speech should not just be tolerated, its regular presence should be celebrated as a symbol of democratic health -- however odorous the products of a democracy may be," Hentoff, O'Rourke and others said in a brief backing the group.

Specialty plates are moneymakers for states, and Texas offers more than 350 varieties that took in $17.6 million last year, according to the state Department of Motor Vehicles. Nearly 877,000 vehicles among more than 19 million cars, pickup trucks and motorcycles registered in Texas carry a specialty plate, the department said.

They bear messages that include "Choose Life," "God Bless Texas" and "Fight Terrorism," as well as others in support of Dr. Pepper, burrito and burger chains, Boy Scouts, Mothers Against Drunk Driving, blood donations, professional sports teams and colleges.

A state motor vehicle board rejected the Sons of Confederate Veterans application because of concerns it would offend many Texans who believe the flag is a racially charged symbol of repression. On the same day, the board approved a plate honoring the nation's first black Army units, the Buffalo Soldiers, despite objections from Native Americans over the units' roles in fighting Indian tribes in the West in the late 1800s.

"There are a lot of competing racial and ethnic concerns, and Texas doesn't necessarily handle them any way but awkwardly sometimes," said Lynne Rambo, a professor at the Texas A&M University School of Law in Fort Worth.

A panel of federal appeals court judges ruled that the board's decision violated the group's First Amendment rights. "We understand that some members of the public find the Confederate flag offensive. But that fact does justify the board's decision," Judge Edward Prado of the 5th U.S. Circuit Court of Appeals in New Orleans wrote.

Texas' main argument to the Supreme Court is that the license plate is not like a bumper sticker slapped on the car by its driver. Instead, the state said, license plates are government property, and so what appears on them is not private individuals' speech but the government's. The First Amendment applies when governments try to regulate the speech of others, but not when governments are doing the talking.

Even if the court disagrees that license plates are government speech, the state said its rejection of the Sons of Confederate Veterans license plate was not discriminatory. The motor vehicle board had not approved a plate denigrating the Confederacy or the battle flag so it could not be accused of giving voice to one viewpoint while suppressing another, the state said.

The ACLU suggested that the court view license plates as a mix of private and government speech. For example, drivers who seek a personal touch and buy the specialized plates know the government has approved their issuance.

Federal appeals courts around the country have come to differing conclusions on the issue, in part because there are few Supreme Court cases to guide them. In 1977, the Supreme Court ruled that people can't be compelled to display license plates that carry messages to which they object. The ruling in the Wooley v. Maynard case concerned New Hampshire residents who disagreed with the state's "Live Free or Die" motto.

New Hampshire is among 11 states that are supporting Texas because they fear that a ruling against the state would call into question license plates that promote national and state pride and specific positions on such controversial issues as abortion.

A decision in Walker v. Sons of Confederate Veterans, 14-144, is expected by late June.