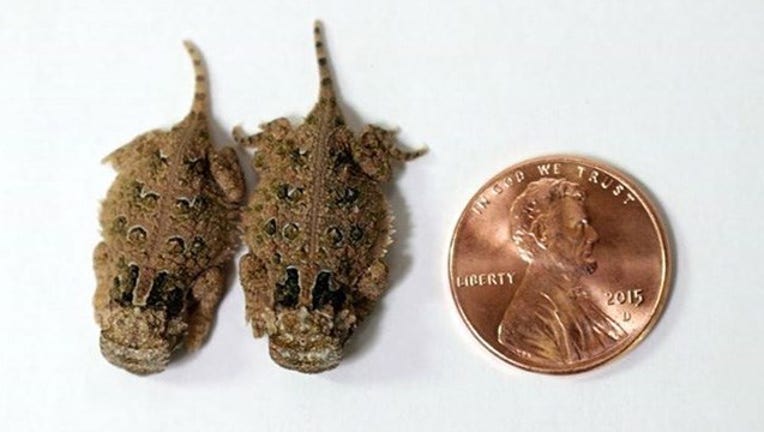 The Dallas Zoo has some tiny, new babies to take care of.

The horned lizards no longer exist in East and Central Texas and their numbers are small in North Texas as well.

The zoo said the new hatchlings can help ensure one of the state’s most unique animals remains off the extinction list.