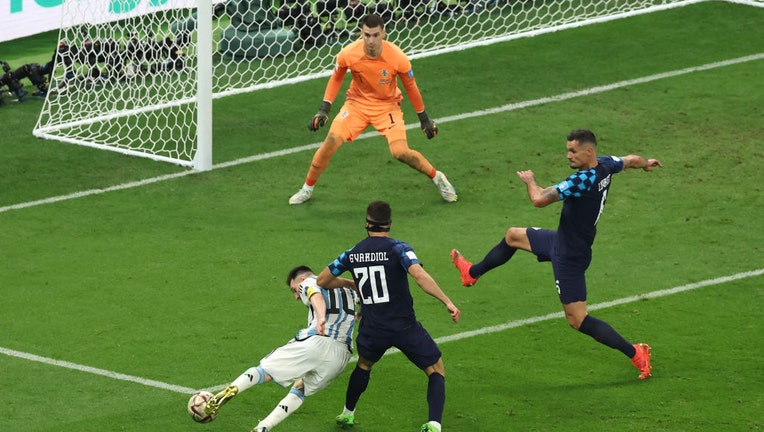 Lionel Messi of Argentina fires a shot goalwards only to be denied an second goal by Dominik Livakovic of Croatia during the FIFA World Cup Qatar 2022 semi final match between Argentina and Croatia. (Youssef Loulidi/Fantasista/Getty Images)

Agents began an investigation in September after obtaining information from a FIFA representative who identified multiple websites that were sharing "copyright infringing content" from World Cup games.

People visiting the websites to watch World Cup matches saw a message from the federal government that these sites were seized.

RELATED: FBI teams up with FIFA to help protect the 2022 World Cup

Free access to live sports copyright-protected content brings in a lot of viewership online and websites offering this content can rake in a lot of money, the HSI explained.

"HSI Baltimore will continue to focus on removing websites that facilitate digital piracy, and other intellectual property violations, from the internet," James C. Harris III, special agent in charge of HSI Baltimore, said in a statement. "While many may believe that such websites do not constitute serious threats, the infringement upon rights holders of any intellectual property is a growing threat to our economic viability. The impact can be felt across multiple industries, and it can be the conduit to other forms of criminal activity."

All 64 World Cup matches are live across FOX and FS1, with every match livestreaming on the FOX Sports App. The 2022 FIFA World Cup runs until Dec. 18.

This story was reported from Washington, D.C.