Australia’s bushfires can be seen from space

NASA released images showing the devastation from the bushfires burning all over Australia.

AUSTRALIA - The wildfires ravaging parts of Australia can be seen from space in new satellite images released by NASA.

Australia's capital, Canberra, was enveloped in a smoky haze Sunday and air quality at midday was measured at 10 times the usual hazardous limit. The devastating fires have killed at least 24 people in Australia and destroyed almost 2,000 homes. 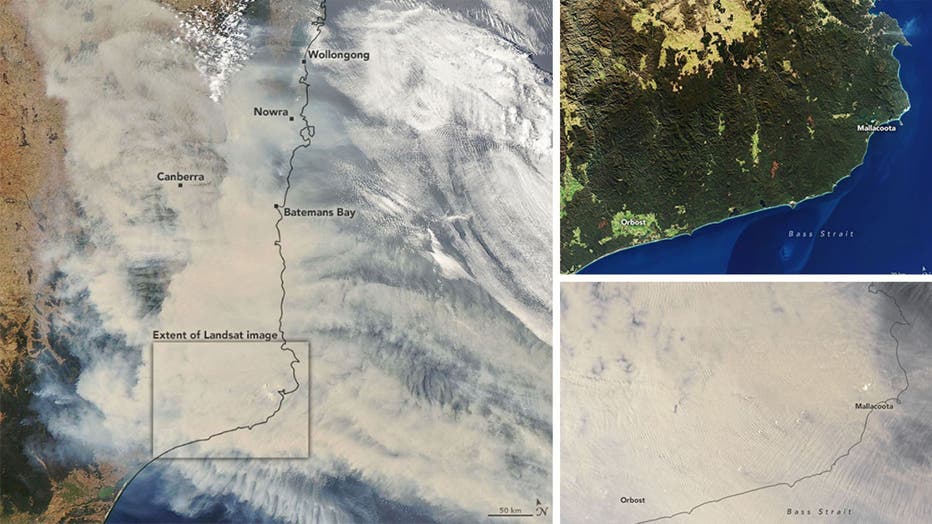 The images show thick smoke over large parts of the country.

The early and devastating start to Australia’s summer wildfires, fed by drought and the country's hottest and driest year on record, has also been catastrophic for the country's wildlife, likely killing nearly 500 million birds, reptiles and mammals in New South Wales alone, Sydney University ecologist Chris Dickman told the Sydney Morning Herald. Frogs, bats and insects are excluded from his estimate, making the toll on animals much greater.

Under such extreme conditions, the fires have been generating enough heat to create their own weather systems, including fire-generated thunderstorms and fire tornadoes.

Thousands of firefighters continued to fight the flames that have burned millions of acres in New South Wales, Victoria and South Australia, an area twice the size of Maryland.

In New South Wales, the rural fire service (RFS) said as of Sunday there were 150 fires active in the state, 64 of them uncontrolled.

On Saturday, Prime Minister Scott Morrison announced that, for the first time in Australian history, 3,000 army, navy and air force reservists will be deployed to the battle against the fires.

He also committed $14 million to leasing fire-fighting aircraft from overseas. 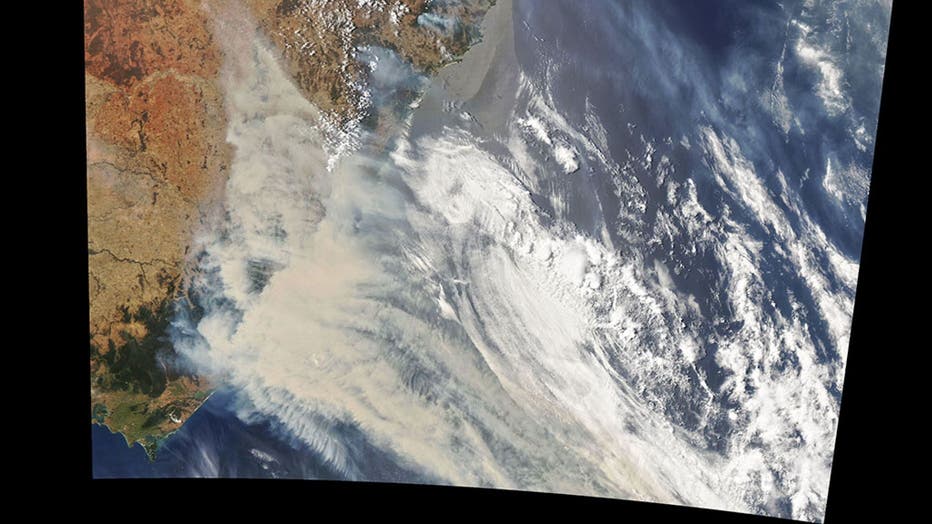 Around 150 wildfires burned in New South Wales and Queensland, spread by the extremely hot, dry and wind conditions in the country. Plumes of smoke are visible via satellite images.

On Sunday, cooler temperatures and lighter winds brought some relief to threatened communities, a day after thousands were forced to escape as flames reached the suburban fringes of Sydney.

Thousands of firefighters fought to contain the blazes, but many fires continued to burn out of control, threatening to wipe out rural townships and causing almost incalculable damage to property and wildlife.

Fox News' Travis Fedschun and The Associated Press contributed to this report.

Get the latest on this story at FoxNews.com.