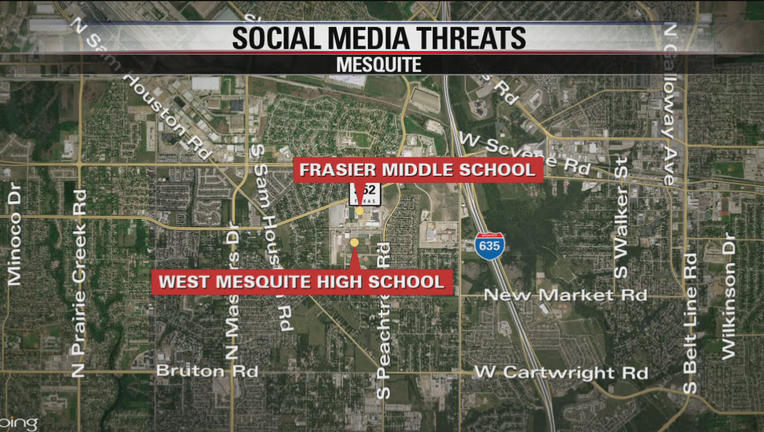 MESQUITE, Texas - A Mesquite middle school student was arrested for a threat made online.

On Sunday night, Mesquite police learned about a threat made on social media directed at West Mesquite High School and Frazier Middle School.

The threat claimed that something violent would happen Monday at either school. Extra officers were at both campuses Monday as a precaution.

Police on Monday found the student, who attended Frazier Middle School, and took them into custody.