A woman is fortunate she was not seriously hurt or worse when a man with a handgun mugged her in Uptown Dallas.

DALLAS - A woman is fortunate she was not seriously hurt or worse when a man with a handgun mugged her in Uptown Dallas.

The robber has not been caught. The crime has given residents there some safety concerns.

It’s a popular neighborhood for foot traffic with the Katy Trail and West Village nearby.

The woman was walking up to her home with her young child and their dog when she was robbed at gunpoint on Monday.

The woman dropped a handful of papers on the ground. That’s when the mugger, who appears to have been following them, momentarily hesitated and then crept toward her with the gun in his left hand. He yelled at her to give him her purse.

“And I heard a scream,” said neighbor Susan Hall. “And there was a pause. And I’m like, ‘Was this a scary scream or a hey how are you scream?’ And then she started screaming bloody murder.” 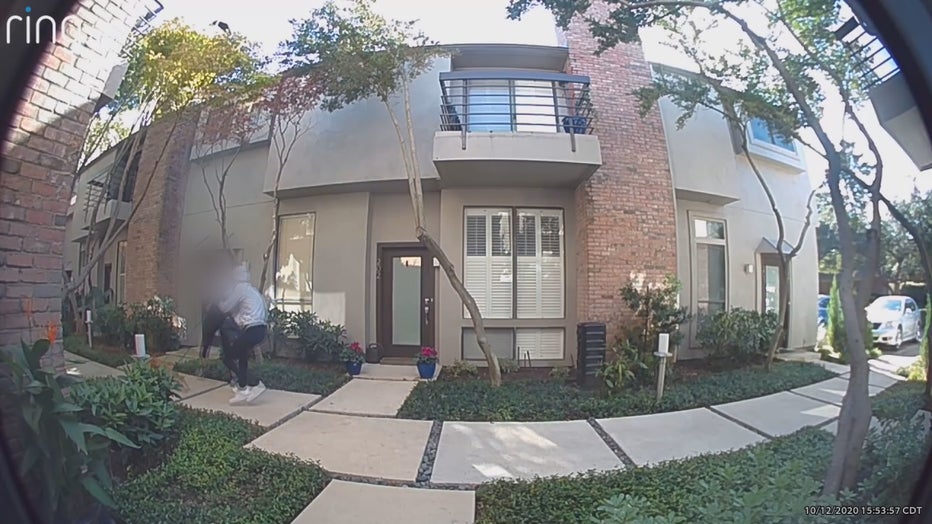 The robbery happened off Buena Vista Street. It backs up to the Katy Trail, and it’s just a few blocks away from West Village.

Hall says her neighbor was walking home with her daughter and their dog. Her screams rattled the neighborhood.

Hall says she’s lived here for nearly 40-years. She says a man tried to rob her at gunpoint in the 1980s. But ever since then, Hall says she and her cats have been safe. Now, she feels this was a crime of opportunity.

Hall still feels it’s a relatively safe area. She believes the victim is in no way to blame, but she hopes her screams serve as a reminder to folks in the neighborhood.

“Don’t give people the opportunity. Pay attention,” she said. “It’s not your fault but you can be aware.”

Aside from the doorbell video, there is no detailed description of the robber. Police are trying to determine if he is responsible for other attacks.